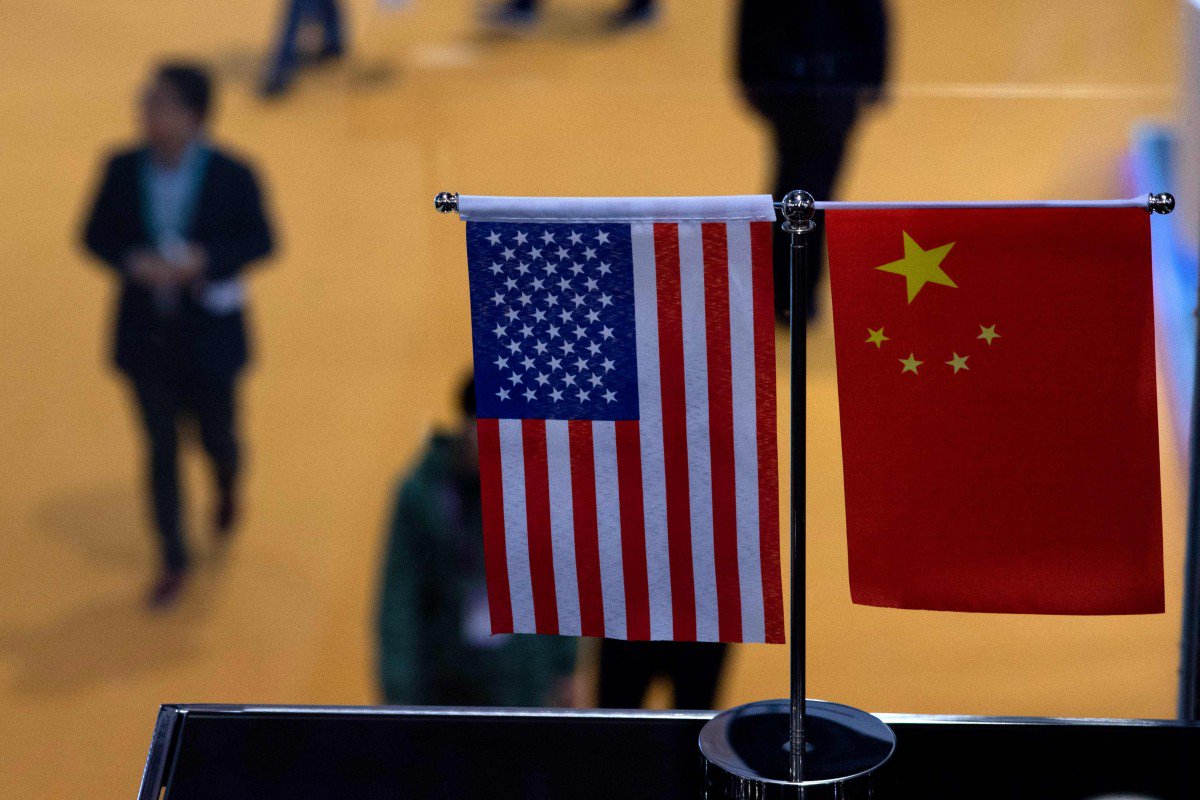 Chinese authorities have maintained strict control over the domestic narrative on the trade war by prohibiting websites from publishing related news and commentary and issuing propaganda notices with granular coverage guidelines for domestic media outlets. While this strategy has allowed the government to shape the trade war conversation within China, it may be causing China to lose the global public relations battle with the U.S. Prominent Chinese economist Yu Yongding and others have argued that China’s highly restrictive media strategy has effectively allowed the U.S. to dominate international press coverage on the issue. From Sarah Zheng at South China Morning Post:

As Yu highlighted, while US President Donald Trump has tweeted about China more than 100 times since the start of the trade war last July, the Chinese government has been far quieter.

Analysts say this communication asymmetry has allowed the US to dominate the trade war narrative, as Beijing relies on its carefully managed state media coverage for its side of the story, which struggles to engage international audiences.

The hurdles for the bureaucratic Chinese propaganda machine centre on its lack of understanding of the Western public, restrictions for coverage to toe the official line, and existing preconceptions about China.

[…] Without a public face, Beijing has stumbled in the public relations battle in the US-China trade war as all senior Chinese officials are inaccessible for public comment. It largely relies on its army of government spokesmen, who only toe the official line in presenting its positions.

[…] Even China watchers in the West are left to read between the lines of Taoran Notes, the social media account affiliated with official newspaper Economic Daily, or follow the posts from Hu Xijin, editor of state-run tabloid Global Times, just to work out Beijing’s side of the story. [Source]

The Chinese government is currently working to improve engagement with international audiences through the use of official social media accounts. The Chinese embassy in Washington, DC and the Chinese Ambassador to the U.S. both posted their first tweets on Monday, using accounts set up last month:

As China & the US celebrate a 40-year long diplomatic relationship, we are pleased to join Twitter in which we can engage in more frequent and productive dialogue with Americans. #ChinaUS40

I’m pleased to join Twitter and look forward to engaging with more American people. Feel free to follow me and @ChineseEmbinUS to stay looped in.

These accounts are part of a growing handful of Chinese diplomatic Twitter accounts that the Chinese government is using to pursue its external publicity and propaganda goals. In a joint paper published in the International Journal of Communication, Zhao Huang and Rui Wang explore how Chinese consulates and their diplomats are using tweets to achieve the mandate to “tell China stories well.”

In the China stories posted by Chinese diplomatic officials, the most frequent topic was China foreign economic and social cooperation (25% of the tweets). They tweeted or retweeted about how China cooperated with foreign countries to pursue economic or social development. Using these tweets, Chinese diplomatic officials promoted China as an advocate for free trade and international cooperation, demonstrating the openness and sincerity of China to foreign relations. The second most frequent topic was political relationships, which includes bilateral or multilateral relations, diplomatic ties, and military cooperation. Tweets in this category were more politically oriented and carried a more official tone. Promotion of Chinese culture and society was another important topic of China stories designed to increase national attractiveness: tourism scenery, traditional Chinese culture, and the daily lives of Chinese people. Close behind was China’s development achievement, a topic that also showed the world an attractive and thriving China.

[…] By analyzing this set of tweets, we found that Chinese diplomatic agencies told China stories and conveyed the Chinese political views in a pluralistic way. First, they used the @mention function to interact with foreign counterparts on Twitter. They also used hashtags purposefully. Although related information was released at different times, tweets with the same theme are organically interconnected to form an online narrative. For example, both #China and #multilateralism were used twice in the three tweets in Figure 3.

Often when Chinese officials do engage with international audiences on a public stage, their efforts fail to rally support for the government line. Human Rights Watch’s Sophie Richardson has denounced Xinjiang’s vice governor Aierken Tuniyazi for spreading propaganda during his address at the U.N. Human Rights Council in June. In his speech, Aierken Tuniyazi painted a misleading picture of the human rights situation in Xinjiang, insisting that the people there lived in harmony despite well documented reports of mass detention and state surveillance.

Vice Governor Tuniyazi asked his audience to “allow [him] to repeat the above introduction in Uyghur language” – ironic, given that his colleagues in the Xinjiang government are denying arbitrarily detained Uyghurs the right to speak in their mother tongue. His insistence that ethnic minorities’ religion and culture are “protected by law” is impossible to reconcile with the now widely documented destruction of mosques and other cultural property. He raised the cases of four people – who may be guilty of no crime – to implicitly justify the arbitrary detention of approximately one million. And, yes: he insisted that all people in Xinjiang “are united as closely as the seeds of a pomegranate” – yet didn’t explain why Chinese authorities still feel the need to subject those close people to pervasive state surveillance.

That a Chinese government official offered a twisted version of reality to an international human rights body is hardly headline news. And perhaps he was given the floor to help generate more momentum within the UN system and among Human Rights Council member states to continue their quest for real accountability for human rights violations that are shocking in their scope and their scale.

But if Tuniyazi’s remarks – and the broader crisis in Xinjiang – go unchallenged by the council, it will represent another step in China’s long march to bending this institution to its politicized, anti-rights agenda. Now is the time for UN member states to make China accountable to the UN – before China reduces them to “pomegranate seeds.” [Source]