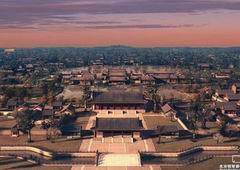 Hengdian Social and Economic Federation(ÊµôÊ±üÊ®™Â∫óÈõÜÂõ¢Ôºâ, who operates a complex featuring imitations of the Forbidden City and a Qin Dynasty palace often used for film sets, has announced it will build a replica of the former imperial summer park, looted and burnt down in 1860 by Anglo-French Forces, over a 347-hectare area in five years.

The plan is fervently opposed by cultural heritage specialists like Professor Ruan Yisan, director of the State Institute of Famous Historical and Cultural Cities with the Shanghai-based Tongji University. [Full Text]

Read Li Jinlin’s blog of “Rebuild Yuanmingyuan for a Royal Style Delectation?“, saying there is a kind of damage, which is caused by itself. Why not to protect the present monuments remained? What’s the meaning of spending tons of money for rebuilding?

Explosion at Chemical Plant in Zhejiang