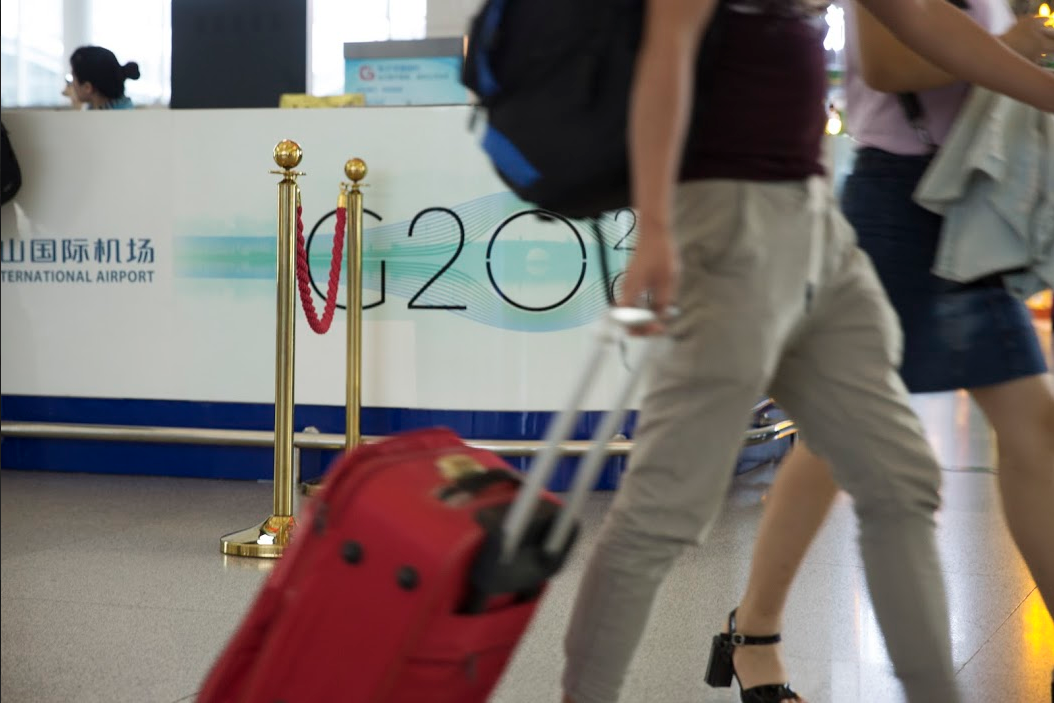 Hangzhou, the capital city of Zhejiang Province, has undergone a major facelift in the past year in preparation for hosting China’s first G20 Summit, set to take place this weekend. For China, Zhou Xin at South China Morning Post reports, the international economic forum presents a rare opportunity for the country to take on a high-profile leadership role in reshaping the global economic agenda:

The no-expenses-spared preparation for the summit is testament to China’s ambition. President Xi Jinping, who lived in Hangzhou for five years when he served as Zhejiang’s Communist Party secretary, wants to use the forum to stake out a greater role for Beijing in shaping governance of the world economy.

Beijing’s embrace of the G20, along with its creation of the Asian Infrastructure Investment Bank and its push for a bigger say in existing institutions such as the International Monetary Fund, reflects a rising economic power’s desire to shape and even dictate the global agenda.

[…] Stanford University historian Ian Morris, the author of Why the West Rules – For Now, said forums such as the G20 would be “the arenas where the great struggles over the regional distribution of economic power will be played out”.

“Up till the 2010s, most of these institutions have been dominated by Western Europe and North America – as Asian nations have become richer, that has started to change,” he said. “But there will be many manoeuvres and struggles within the organisations as the process continues.” [Source]

Reuters’ Ben Blanchard and Michael Martina report that the U.S. and other Western countries are expected to bring up contentious non-economic issues such as the South China Sea dispute, potentially frustrating China’s G20 agenda:

Beijing wants to use the Sept 4-5 meeting in the tourist hub of Hangzhou to lay out a broad strategy for global growth, but talks are likely to be overshadowed by arguments over everything from territorial disputes to protectionism, diplomats said.

“From where China sits, it looks like the Americans are trying to encircle them,” said a senior Western envoy, describing conversations with Chinese officials ahead of G20 as being dominated by the South China Sea row and an advanced U.S. anti-missile system to be deployed in South Korea.

[…] State media has given great play to the idea that G20 is for China to show leadership in shaping global governance rules and forging ahead with sustainable global growth, with the official People’s Daily saying this could be one of the G20’s most fruitful ever get-togethers.

[…] But the state-run Study Times wrote in mid-August that Western countries were trying to deliberately exclude a rising China and deny it a proper voice on the world stage with schemes like the U.S.-led Trans-Pacific Partnership. [Source]

The upcoming summit is also expected to be important for prospects of future cooperation between China and its East Asian neighbors. From Liu Zhen at South China Morning Post:

But for those trying to grasp where relations between the leading Asian economies of China, Japan and South Korea are headed, just as important may be the meetings that fail to materialise, the things that are left unsaid.

With each of the three countries investing great diplomatic effort in bringing their leaders together in a series of planned two-way meetings on the sidelines of the G20, the occasion could well be a tipping point for the countries’ delicate and complicated relationships.

Succeed, and a landmark three-way meeting beckons in Japan this year. Fail, and tensions are likely to fester. As Wang Sheng, a northeast Asia expert at Jilin University, puts it: “If the state leaders fail to meet, or their bilateral meetings don’t go well in Hangzhou, I’m afraid the trilateral meeting of the leaders later has no bright future.” [Source]

Meanwhile, hundreds of factories in Hangzhou and the surrounding areas have been ordered to suspend operation until after the G20 to ensure that the meetings take place under clear blue skies, Junya Qian at The Wall Street Journal reports:

Shutting down factories to curb pollution has become a routine for China when it holds big international events following the success of the 2008 Beijing Olympic Games. After Beijing enjoyed crystal clear skies the week it hosted the Asia-Pacific Economic Cooperation meetings in 2014 — the event where political leaders dined on plates crafted in Jingdezhen — many in China adopted the term “APEC Blue” to indicate something wonderful but fleeting. Now Hangzhou is basking in “G-20 Blue,” and the joy has spread north to Shanghai where pollution controls are also in place.

[…] The factory controls covering chemical companies, construction material producers and textile manufacturers apply all across the Yangtze River Delta region around Shanghai and include Zhejiang province where Hangzhou is located as well as Jiangsu, Anhui and Jiangxi provinces. [Source]

The temporary production curbs have reportedly given an unexpected boost to China’s ailing steel industry.

Workers in Hangzhou have also been granted a bonus weeklong holiday during the summit as authorities seek to minimize crowds, bringing extra revenue to travel agencies while harming taxi drivers and other businesses. Phoenix Kwong at South China Morning Post reports:

Authorities in the city, which is the capital of Zhejiang province, have declared a week-long holiday starting on Thursday for the summit and Hangzhou residents will be offered free admission to tourist attractions in nearby cities.

Prices for plane tickets from Hangzhou have soared due to rising demand for outbound travel next week.

[…] While the bonus holiday is good news for the city’s travel agents and residents, other business owners are far from pleased.

Mr Gong, a taxi driver, said he expected to be out of pocket because of the traffic controls and security checks during G20. [Source]

Increased security measures in Hangzhou and its surrounding cities means that hotel guests are subject to potentially intrusive checks by security officials.

Elsewhere, Karen Cheung at Hong Kong Free Press reports that several human rights activists  in the neighboring province of Jiangsu have been taken into custody in apparent efforts to prevent them from disrupting the G20 Summit:

US-backed news outlet RFA said that according to sources cited by Civil Rights & Livelihood Watch, Wuxi petitioner Sun Jingfang was taken away by the public security bureau for disrupting public order. She will be detained for a period of 10 days starting Sunday. Sun friend’s You Jianying said the police made the arrest without proper legal documents, and she herself was taken to the police station and only allowed to return home after promising not to attend the G20 Summit.

Canyu, which covers human rights-related news in China, also said that because of the efforts to maintain stability during the period of the summit, many rights activists in Wuxi have been detained. Wu Shixing and You Guifeng have been placed under house arrest for 49 days, while Xia Lanying has been unreachable for almost 50 days.

Chinese news outlet Weiquanwang also reported that Wuxi rights activist Shen Aibin has been placed under a ten-day administrative detention by the local public security bureau and fined RMB$200 after leaving his residence to purchase food without permission. [Source]