– 10 billion yuan: the total amount of unpaid wages to migrant workers in mainland.

– 72.2%: the percentage of unpaid wages by construction companies.

– 6%: the percentage of migrant workers who can get paid monthly.

Dec.5, 2006, Zhou Gongwen, a migrant worker wrapped up in a blanket, was sitting next to the boss’s BMW at the gate of the police station of Nanping in Chongqing. Since the police have seized the car, the migrant workers who haven’t received wages (147,000 yuan for 30 workers) kept their watch over the car day and night in turns. 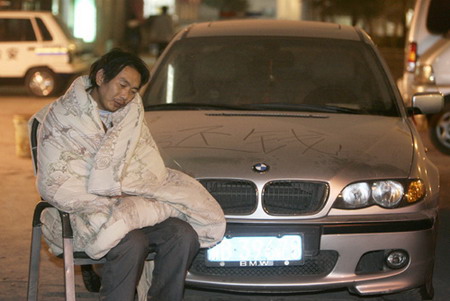 Migrant workers holding signs reading “I want to go home.” New Year is coming soon. It is time to go home for family reunions. But they were still standing under overpass bridges in the freezing wind just to get their due wages for years’ hard work. 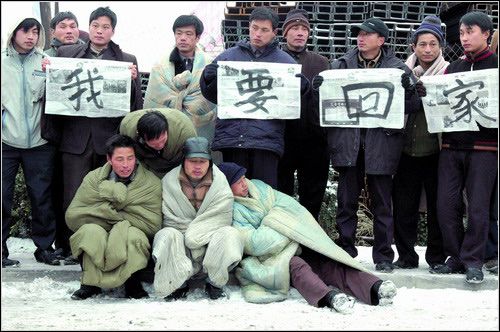 Almost a hundred migrant workers were sleeping on the ground to ask for their unpaid wages. 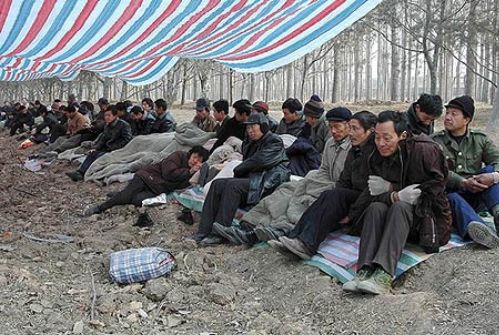 The cabins are where they stay after work. 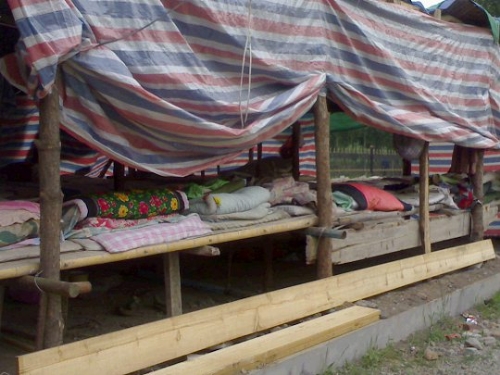 This is migrant workers’ extreme, and a “common,” way to ask for wages – suicide 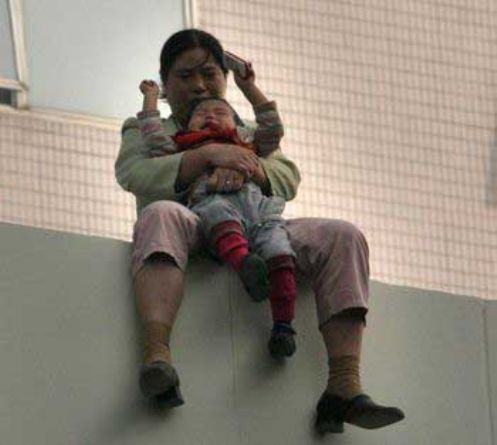 A migrant worker was injured during the conflict with the boss for wages. 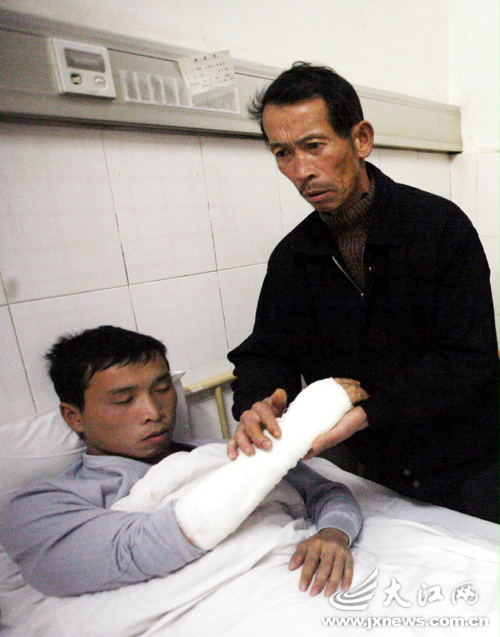 Protesting on the street 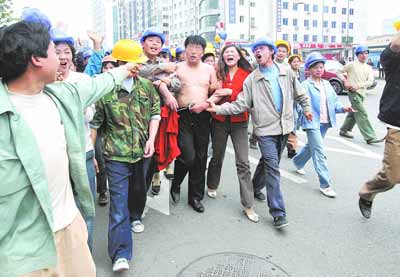 What the migrant worker can and usually receive: several pieces of paper and dirty looks. 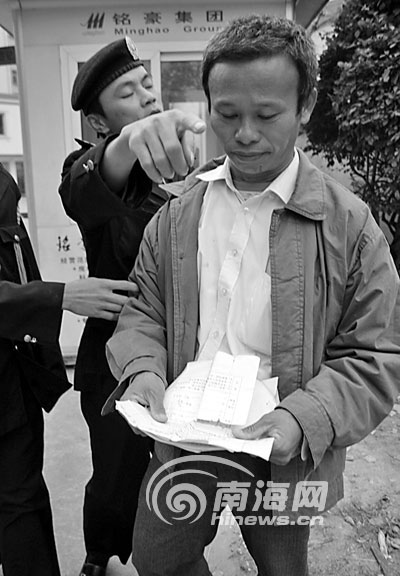