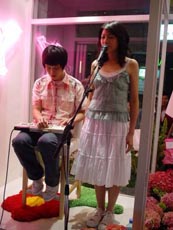 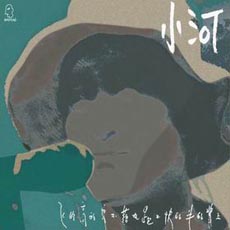 There are only a handful of independently run music labels in China but more and more independently produced music is being released everyday, fueling a small yet burgeoning indie music scene. Holding to the spirit of truly independent music, many Chinese bands are producing truly original music and oftentimes you can hear

One of Hong Kong’s best kept secrets, My Little Airport is an electro-noise-pop duet from Hong Kong comprised of Nicole (the unassuming and charming vocalist) and P (who plays the guitar, keyboards and writes most songs). They rarely play live but with their two albums to date they have been gaining some recognition lately, even climbing into the Hong Kong Radio charts.

Their second album becoz i was nervous at that time, off of their own Harbour Records label, is a refreshing dream-pop album about all things pubescent: Youth, growth, friendship, emotions and memories. P details relationships and his old friends on tracks like “You don’t wanna be my girlfriend, Phoebe” or the waltzy “Leo, are you still jumping out of windows in expensive clothes?”[Full Text]