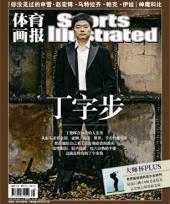 The story of China’s “toughest nail house” – flattened overnight – will be remembered for spawning its own little media counterculture. Perhaps the most recognized example is Zola the citizen blogger. Far less-noticed is the April cover of Sports Illustrated (‰ΩìËÇ≤ÁîªÊä•), which, according to an editor there, consciously invokes the saga of Chongqing’s long-entrenched evictees, or dingzi hu (ÈíâÂ≠êÊà∑).

The man fronting SI‘s China edition is another Ding – Ding Junhui (‰∏Å‰øäÊôñ), the 20-year-old international snooker phenom. The header dubs him dingzi bu (‰∏ÅÂ≠óÊ≠•), which presumably refers to a “T-shaped” snooker stance, with the back foot pivoted to one’s side and the front jutting forward. The term is obviously meant to be a play on Ding’s surname. It also just happens to sound a lot like dingzi hu.

To Chinese ears, any homophony appears accidental on the surface. But why else would SI go with the cover text dingzi bu, which comes off a bit obscure and forced otherwise? Chinese associate the T-shaped pose most memorably not with billards but with the martial “T-shaped Step” (‰∏ÅÂ≠óËàû), an artifact of Eight Model Operas from the Cultural Revolution. A cursory Baidu search reveals that these days, permutations on the T-stance are deployed by KTV girls, extreme skateboarders, and fashion brochure models – and in certain special cases, by billiards shooters like Ding as well. Having risen from the streets of smalltown Jiangsu to the pinnacle of his sport, the young hustler goes at a “T-step pace his very own,” SI explains on its cover. Meanwhile, he’s picture standng incongruously open-footed. 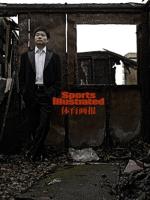 What really amplifies the sense of a “nail house” allusion is the setting of the photo spread – a Ground Zero of broken-down homes, emptied lots, and other quintessential chaiqian (ÊãÜËøÅ, lit. ‘dismantling and relocation’) scenes. Getty photographer Sam Barker actually shot Ding in England. Still, SI staff in Beijing would have tacked on the billboard text later on in the production cycle.

Another clue making the connection plausible is to be found on a Phoenix TV Web forum. In a quick poem about the “nail house” in Chongqing posted last week, entitled “Fog City Islet” (ÈúßÈÉΩÂ≠§Â≥∂), one contributor indeed summons the term dingzi wu, the Cultural Revolution-era dance step, to pun on dingzi hu. The next two lines go something like this: “…Drawing the gaze of hundreds of millions of eyes / It’s A Model Opera for a New Age…” ( Âºï‰æÜÂÑÑËê¨ÁúºÁùõÁöÑÊ≥®ÁõÆ, Êñ∞ÊôÇ‰ª£ÁöÑÊ®£ÊùøÊà≤)

Did Sports Illustrated truly intend a send-up to the Nail House? On Sunday, CDT sent an SMS to Sport Illustrated shadow editor Cheng Yizhong, of Southern Metropolis legend, to ask.

Cheng texted back: “Way to go. Even this you understood!:) Many thanks for the compliment!”

Ai Weiwei: “China Must Recognize Itself”

Cheng Yizhong: This is Your Paradise

Chinese Media Must Push the Limits