Can a Computer Virus be “Patriotic”? — Zhang Dongfeng

Images and story from Southern Metropolis Daily, via Sina, translated by CDT:

Recently, a special “intelligent” virus has emerged from the Chinese Internet. This Win32/KillDPT virus can decide to suspend the operating system or create intrusive damage based on different languages used on the computer, to ensure the use of the simplified Chinese character system. Some bloggers call it “the patriotic virus.” 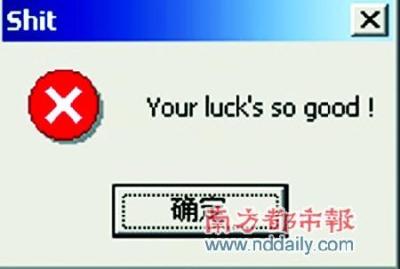 The virus also has a “patriotic function”, which opposes “Taiwan independence”. Once the virus monitor finds that the computer’s operating system uses complicated Chinese, the sentence “Down With A-bian!” (Chen Shui-Bian’s nick name) will pop up first, to be followed by “patriotic sentiments”, such as “Comrade Chen Shui-bian, you like Taiwan independence? Do you have any dignity or face? … You want to be condemned by history? Go away! We are Chinese! Even after death, our souls will belong to China.”

However, this is not the first case of a virus attacking a Japanese operating system. In fact, three years ago, the W32.Welchia.B “shock killers” virus only attacked the Japanese system and was called the “patriotic”, “anti-Japan “virus.

The latest Win32/KillDPT virus has been identified as an updated new version of W32.Welchia.B. Some bloggers have questioned who the author of the “patriotic” virus is and believe it was some angry young nationalist. 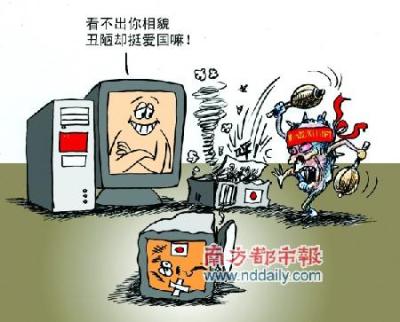