Facebook, the online social networking site, has invited English-speaking users in China to help translate the site into Mandarin. The company used the same technique, known as ‘crowd-sourcing’, in Spain recently to launch their Spanish-language site there. But commentators inside of China are skeptical that Facebook will succeed on the Mainland. From the Times Online (London):

“I don’t think they’ll fare well – there’s not a single foreign internet company that has managed to dominate its sector,” said Jeremy Goldkorn, editor of danwei.org, an English-language site that tracks the Chinese media industry. Mr Golkorn cited the example of Google, which still trails Baidu.com, the dominant Chinese search engine, despite launching its Chinese language site in 2006, and Yahoo! China, which is not as popular as local portals such as Sina.com and 163.net.

“It’s also a cultural thing,” Mr Goldkorn said. “Facebook is based on people using their real names and being honest, whereas the Chinese like the ability to be anonymous. E-mail addresses will rarely include a person’s name, and on bulletin boards a lot of the posts are anonymous, so I’m not sure the Facebook model will work.”

He added that Western companies tended to play “a cleaner game” in China – especially because they had foreign offices to report back to, whereas Chinese companies could be more ruthless in their negotiations with the Government, and react faster and more effectively to regulation.

Kaiser Kuo, group director of digital strategy for Ogilvy China, said that employing the help of locals to translate the site was “an obvious first step” for Facebook, but that the site would face intense competition from local sites, in particular Tencent, whose instant messaging service QQ is used by an estimated 42 million Chinese.

It would also come up against xianonei.com and zhanzuo.com, formerly sites that catered only to university students, like Facebook, but which had recently opened their doors to the general public, and are understood to have about ten million and three million users respectively, he said. 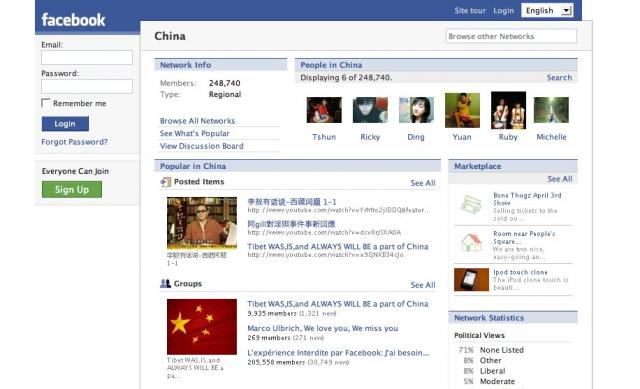