Slideshow: A Flipbook on China

View the last 60 years of Chinese history through the Magnum lens. According to Slate, the photo agency’s China archive can be now be seen in motion: 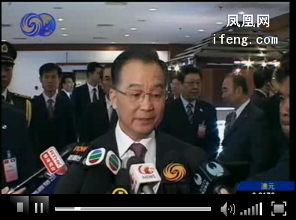 The series’ release coincides with FotoFest 2008: The Twelfth International Biennial of Photography and Photo-Related Art, which opened in Houston March 7 and continues through March 20. This year, its dual themes are “China” and “Transformations.” Details from FotoFest:

Politically and culturally, photography has been a key element in creating the public face of China since the late 19th century. From 1870 to 1920, photography helped explain and justify European economic exploitation and occupation of China. From 1938 – 1980, photography became a major tool in Communist Party campaigns to win internal public support for its philosophy and programs – and the message it wanted to send to the outside world. From 1980 – 2008, photography has become one of the major mediums of communication, public and private, about contemporary Chinese society.

Departing from most contemporary art programs on China, the FOTOFEST2008 exhibitions and programs will present both historical and contemporary work. The historical component features three exhibitions showing works from 1934 – 1975 that have never been shown outside of China before. Seven contemporary programs and exhibitions present work from the late 1980’s to 2008 – classical and mixed media work by Chinese artists addressing religion, ethnicity, gender, urban transformation, identity, globalization, and the inter-relationship of current art to classical Chinese art and history. All the exhibitions are by Chinese artists working in mainland China. Much of the work to be presented by FotoFest will be seen outside of China for the first time.