From VOA, via dwnews.com. Translated by CDT:

The Voice of America reported from China that as the number of infant victims of the tainted milk powder products rises to 53,000, China’s chief of product safety Li Changjiang resigned on Monday and Chinese senior leaders have expressed that lessons should be learned. But critics say that the ruling party has been still controlling the media, preventing the public from knowing the whole truth. Official media outlets have been beating around the bush, and cannot, will not or dare not touch the essence of the matter, let alone to learn a lesson.

Chinese official media have recently been reporting remarks by President Hu Jintao and Prime Minister Wen Jiabao. Wen condemned the milk powder producers as “having no conscience,” and stressed that none of the firms will be let off the hook. “We felt very guilty,” the prime minister said.

President Hu also made “forward looking” remarks, “This incident showed that some cadres lack an awareness of purpose, of the big picture, of anxiety, of responsibility. Some of them are numb to the complaints and safety of the masses.”

Chinese author Qin Geng (秦耕) applauded the remarks of Chinese senior leaders, but he also pointed out that these words are just a formality of the party and the controlled media are still avoiding or covering up the truth. Many Chinese think that Hu said exactly the opposite of what’s happening. Reportedly, Chinese authorities knew about the contaminated milk powder in early August and chose to allow Chinese babies to keep drinking the toxic products to avoid negative coverage during the Olympic Games.

“When it happened on Aug. 2, they kept the lid on, until Sept. 1,” Qin said. For a whole month, it was covered up, which showed that they had an awareness of the big picture, and they obeyed the superiors’ intention. The big picture in this case was the interest of one-party rule above anything, not that they would put the safety of the people first.

In order not to interfere with the ongoing Olympics, the authorities would rather let thousands of babies drink tainted milk for a month and gag the media reporting on the incident. Li Changjiang’s resignation obviously cannot comfort the Chinese public because Chinese know very well that it’s not in Li’s job description to make a decision to let kids to drink toxic milk.

Qin Geng concluded what the Chinese public are very sad, very frightened and very concerned about is that state-controlled media seem to say the contamination process is a differentiated and well-thought out action. They say that exported milk products don’t have this problem, that products specially supplied for Olympics don’t have this problem and those produced after the 14th don’t have this problem. Which is to say, adding melamine is a human-controlled process that has certain rules and standards. If [they] want to add, [they will] add; if [they] don’t want to, [they] don’t; for what consumers [they decide] to add, [they will] add.

Hu Xingdou （胡星斗）, a professor at the Beijing Polytechnic Institute, made a statement saying that the incident was a sure result of not having effective political reform, media supervision, division of power or an independent judiciary. The revelation of the incident was largely a result of the strong insistence by the New Zealand government. It shows that China’s current system is not able to protect the people’s safety. Such a deadly flaw necessitates fundamental reform at level of the the ruling party and the top leadership, Hu noted.

So far, Chinese authorities and official media have been avoiding the relationship between a lack of press freedom and the public not being able to learn about the toxic products promptly.

Also, this Phoenix TV report revealed that Sanyuan, another major label in the milk industry, replaced official Olympics sponsor and milk provider Yili right before the Olympics in an emergency move, since Yili’s products had been found to be substandard. A Sanyuan official also boasted about being the special supplier to Chinese senior leaders and banquets in the Great Hall of the People in Beijing.

While the Chinese government censors are busy at removing offensive comments, more and more netizens are taking out their frustrations with online spoofs and jokes. Blogger Zhang Facai published some new “commercials” about the Sanlu milk. (“Sanlu” in Chinese means “three deers” ) 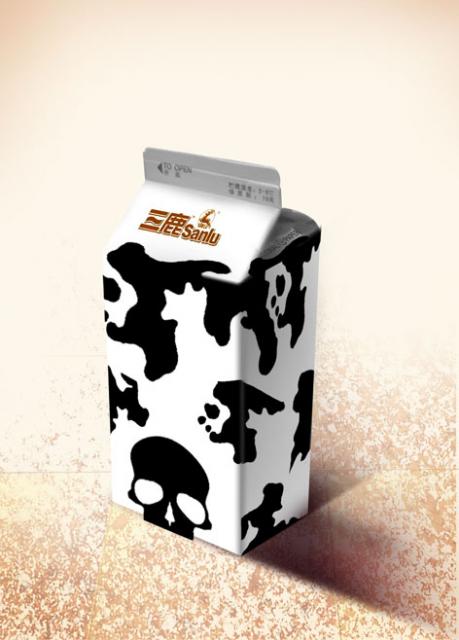 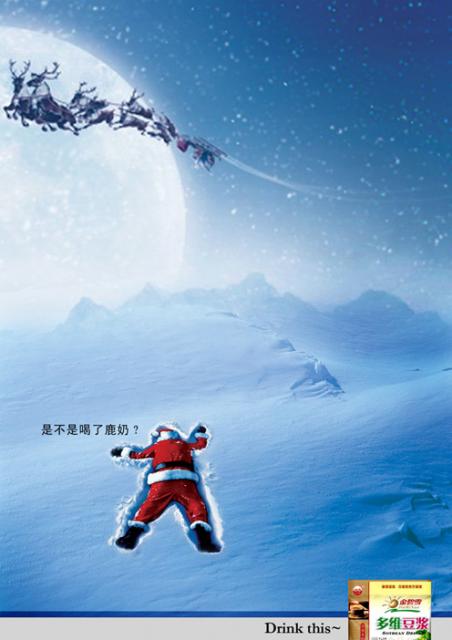 Did he drink too much Sanlu (“Three deers”) milk?