The BBC is reporting that “tens of thousands of migrant workers are leaving the southern city of Guangzhou after losing their jobs.”

An increase of 130,000 passengers are leaving the main Guangzhou city railroad station, blaming the credit crunch which has caused many companies who export products to collapse. The worst hit companies are shoe, toy and furniture manufacturers, and the government may be beginning to fear an impending social unrest.

China Daily is also reporting a mass exodus of people from the Pearl River Delta. Wen Caixia, who returned to her village in the Hubei Province after quitting her job at a shoe factory in Dongguan, Guangdong Province, is quoted as saying, “There just wasn’t enough work; I was barely making my basic salary.” 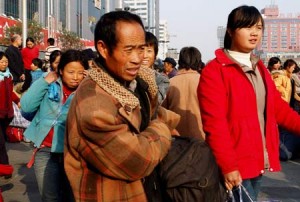