Gaochun is a county under the jurisdiction of Nanjing, about a two hour drive from the city, the capital of Jiangsu Province. The following photo reveals a standard answer sheet, given by Gaochun officials to residents, telling them how to respond to a provincial survey about “well-off society.” Similarly manipulated surveys elsewhere in Jiangsu Province have also been reported (see here and here).

Li Yuanchao (李源朝), the Minister of the Organization Department of the Chinese Communist Party, is the former party secretary of Jiangsu, and is considered a rising political star, known for undertaking government reform measures. The “well-off society” surveys was a major initiative launched during his term as Jiangsu party secretary. 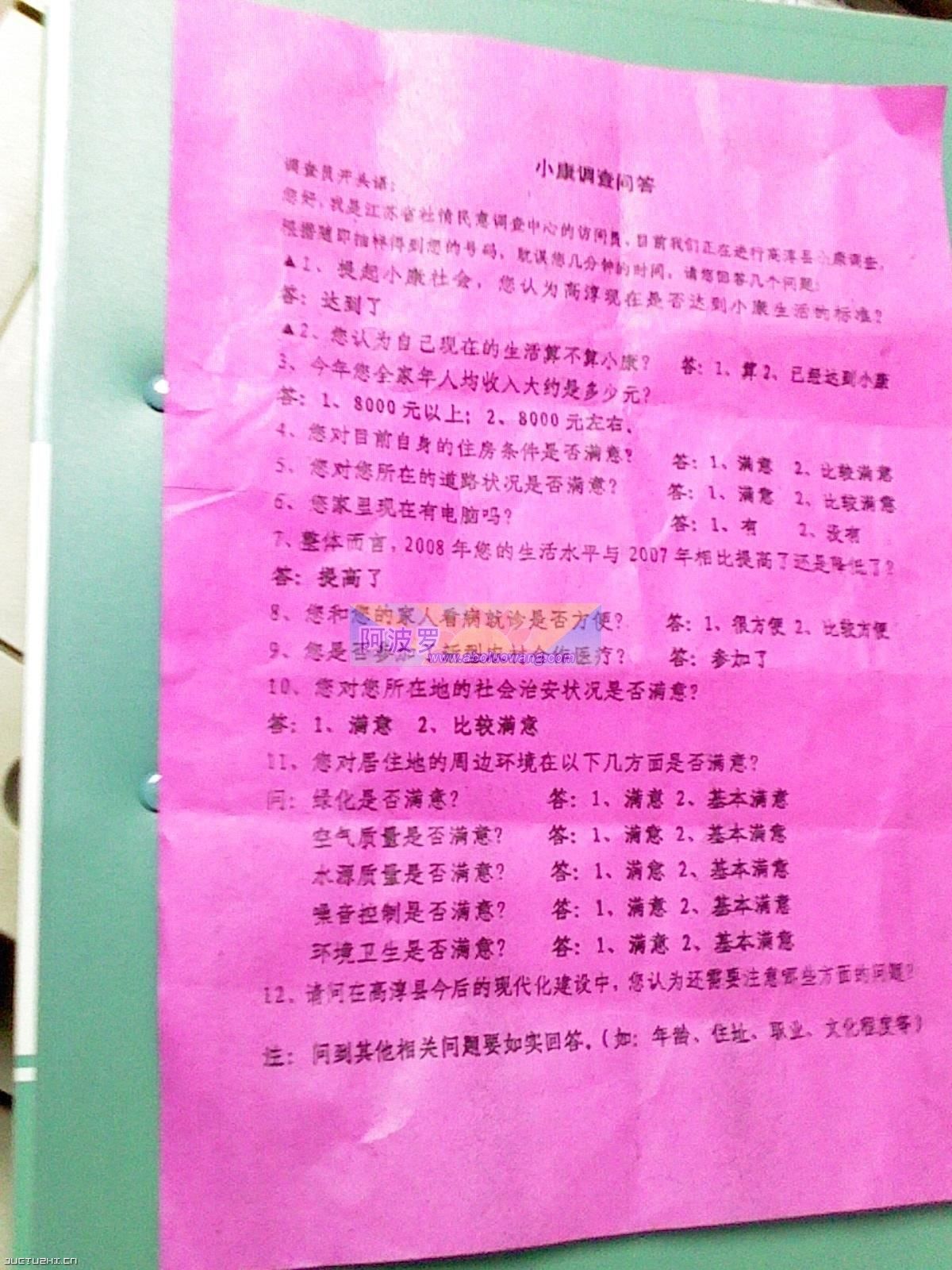 Here is another example of how local leaders manipulate the “well-off society” survey. Blogger Cainiao wrote a blog post called “That’s what it is (原来如此)”, translated by CDT:

Those days, HM is doing things like “Well-off society.” There are “contests of knowledge about a well-off society,” “well-off society survey report” and these kinds of projects. I do not have a clue what this is all about.

Today I went to the countryside, and finally I understand. HM wanted to participate in an activity of Jiangsu province, about “well-off society.” There is a telephone survey involved. The judges from Nanjing will randomly call numbers here, to ask the real situation. But two mayors of our city will be sitting right next to the phones. If someone gives the wrong answer over the phone, then…..

But that is not enough. They have even smarter methods. The day of the survey, the entire county’s middle school and primary school had a vacation. And all students had an assignment, which was to stay next to the phone in their home. Students needed to get to the phone before their parents did, and give the ready answers to the surveyors. I can imagine that the mayors sitting next to the phone on the other end will be glowing when they hear such answers.

Therefore, when the city is awarded such and such a title, leaders must be so happy……