From AFP, via the Straits Times:

‘Many of the ‘critical comments‘ that the authorities are busy deleting actually reflect a popular antagonistic attitude among netizens toward CCTV,’ Xiao said.

Separately, another website called ‘Anti-CCTV‘ dedicated to highlighting the broadcasters mistakes has attracted more than 178,000 visits since April last year. 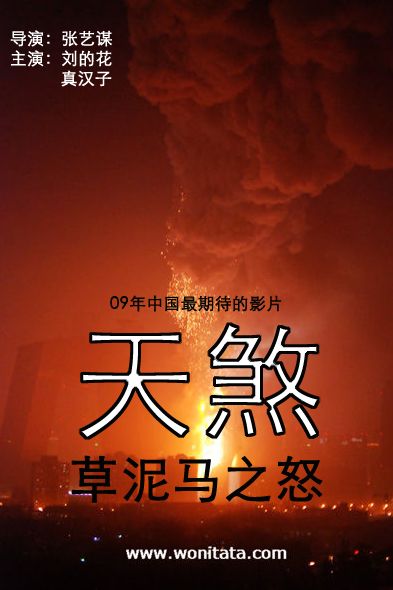 The above spoofed movie poster is entitled “Heaven’s Punishment:The Anger of Grass Mud Horses – the most-anticipated film of 2009.” Similar cartoons and spoofed images are all over Chinese cyberspace.