This picture was taken by a netizen in Beijing Zoo in front of Alpaca zone. The Chinese label of the alpaca is marked by graffiti “草泥马” “Caonima”. More and more people are going to Beijing Zoo to see this strange animal rather than panda. 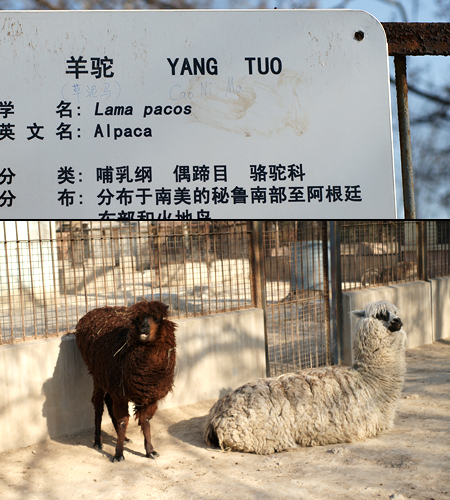 Chinese netizens are reacting angrily to reported attempts by government censors to stamp out a humorous form of protest against a recent Web clean-up campaign.

Apparent government directives widely posted on forums, chatrooms and on instant update services such as Twitter are now ordering Internet service providers to clamp down on spoof items about the “grass-mud horse,” a fictional alpaca-like creature dreamed up by netizens in response to a recent anti-porn campaign.

Campaigns against online pornography are common in China, and frequently target content that the government wants removed for political reasons, as well as that considered inappropriately violent or indecent.

The name of the grass-mud horse, or caonima, is a pun on an often-heard and offensive epithet concerning the recipient’s mother.

In the YouTube video and related spoofs that have proliferated in recent weeks, the caonima must battle againt an invasion of river crabs, a punning reference to the government’s buzzword, “a harmonious society.” 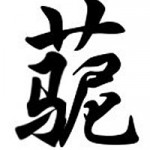