Ai Weiwei: A Phone Call to the PSB

On the afternoon of Sept 9th, Liu Yanping saw she had a missed call from a number she didn’t recognize and returned the call. On the other end was a local PSB bureau head named Qiu Yong. His initial stated purpose in calling her was “to ask what age [her] daughter is” and confirm that she didn’t have another daughter who died in the Sichuan earthquake, but things quickly turned ugly. Unprompted he comments that she seems smart but “this fuss you’re causing over nothing on the internet, and these human flesh search engines who beat people, aiya!” She tells him everything they’ve said is fact, and that they’ve made a documentary. A quasi-debate ensues over the veracity of the documentary and whether or not they have specialized agents making trouble on the internet.

Qiu Yong eventually calls the documentary “masturbatory” and says “I don’t care what trouble you’re making on the internet, I only dare to say that any challenge from you!”

The “trouble making on the internet” refers to Ai Weiwei’s project to chronicle the names of the children who died in the earthquake and his insistence on posting information and accounts of official harassment on the internet.

Then, presumably, Liu called Ai Weiwei and told him about this phone call. Ai called Qiu at the PSB, and the following conversation resulted.

Ai is currently recovering from his surgery, and has posted numerous photos of his hospital stay on his blog. 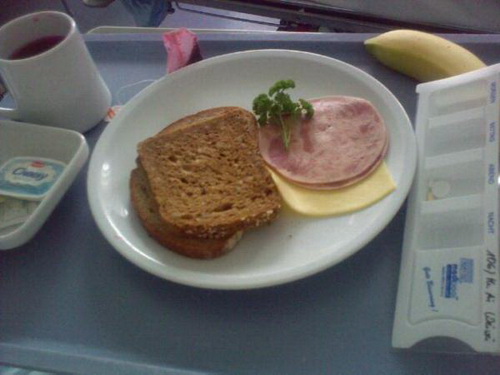 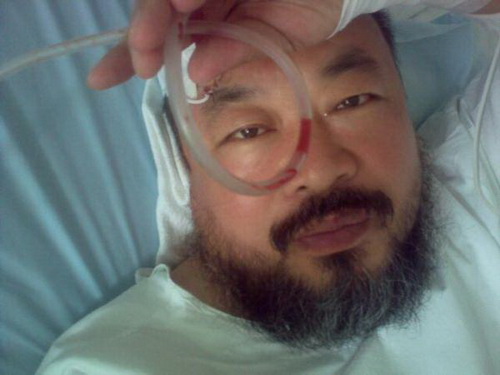