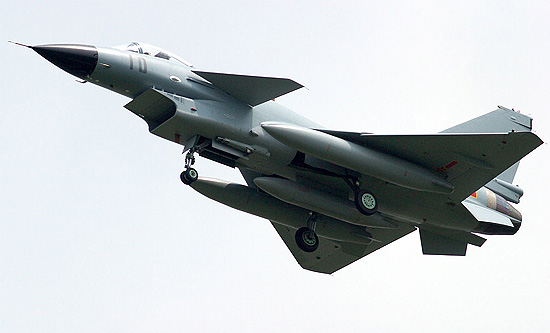 Mr. Fisher is a senior fellow with the International Assessment and Strategy Center and is the author of “China’s Military Modernization: Building for Regional and Global Reach” (Preager, 2008). He writes on the Wall Street Journal:

With few exceptions, Beijing rarely says much of substance about its ongoing military build-up or its strategic thinking. But the overriding message from the recent Moscow Airshow and other airshows, plus occasional interviews with Chinese and Russian engineers, is that Beijing is not conceding next-generation air superiority to anyone, least of all the United States.

Exhibit A is Beijing’s long-running effort to build a fifth-generation fighter plane equivalent to the U.S. F-22 and F-35. Such planes use extensive stealth and advanced radar and can usually “supercruise,” or fly supersonically for extended periods without using fuel-guzzling afterburners. In what may be the only public reference to the program by a Chinese official, the Commander of the People’s Liberation Army Navy mentioned their requirement for a fighter capable of “supersonic cruise” during 60th anniversary celebrations in April. Today this can only be achieved by the U.S. F-22A Raptor, the world’s only operational fifth-generation fighter.

To be sure, China faces many technical obstacles. Development of advanced engines capable of 15-ton thrust levels is a particularly serious bottleneck. But China’s fifth-generation efforts date back to the early 1990s and will start with two heavy fighters from China’s two main fighter companies.