Photos: The Demolition of Old Kashgar

Gilles, of Le Monde’s Eye for China blog, has captured images of Kashgar’s Old City before and after wide-scale demolitions took place in a four-part series (1, 2, 3, 4). Below are selected photos and their accompanying excerpts, translated by CDT. Read more about the razing of Xinjiang’s cultural center on CDT. 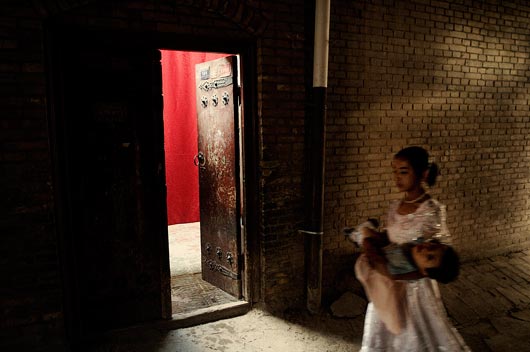 A young Uighur girl carrying her younger brother passes before the door of a traditional house in Old Kashgar. The open door signifies that visitors are welcome, and the red curtain indicates that a pregnant woman can be found in the home. 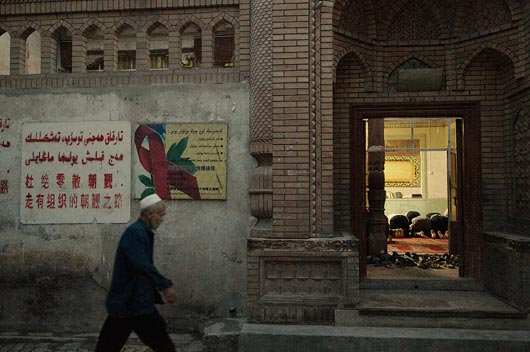 On the wall of the mosque, an inscription: “Individual pilgrimages are strictly prohibited. Take the road of organized pilgrimages.” The practice of Islam, the Uighur religion, is strictly regulated in Xinjiang. Pilgrimages to Mecca can only be done within the framework of organized trips, officials (including teachers) do not have the right to practice … etc. 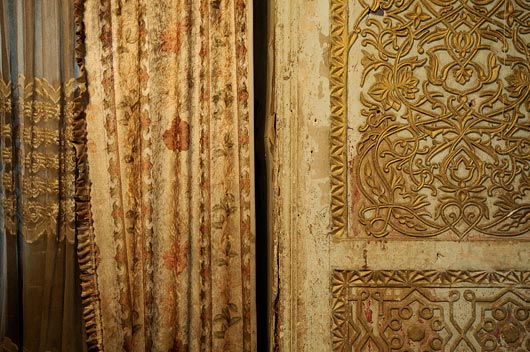 Detail of a traditional house in Old Kashgar. 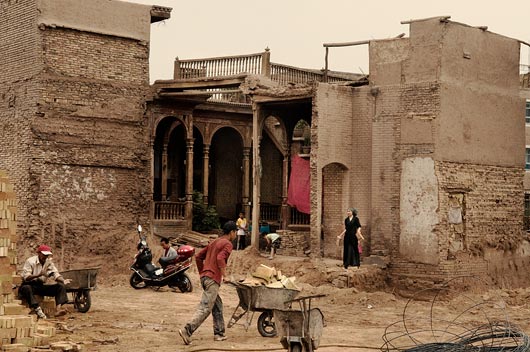 The bulldozers came at night and knocked down a wall of this house, leaving the interior courtyard visible. Residents clean. 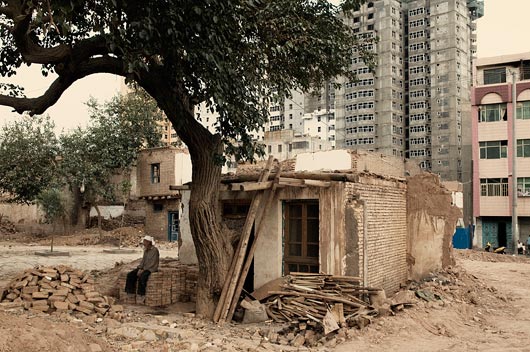 75-year-old Batur sits in front of his house marked for demolition. The neighboring homes fell 10 days earlier; his was temporarily spared. He built it 30 years ago and will not be compensated for it. He has no local hukou [residence permit] and the surface area (35 squared meters) makes him ineligible for rehousing. He waits in the fear that he will find himself on the streets. 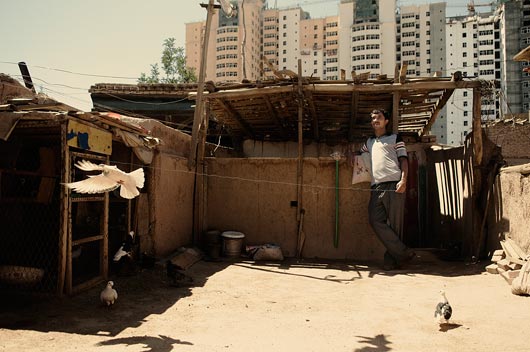 A final turn to the pigeon loft. This tradition is at risk of disappearing as Old Kashgar’s population relocates. 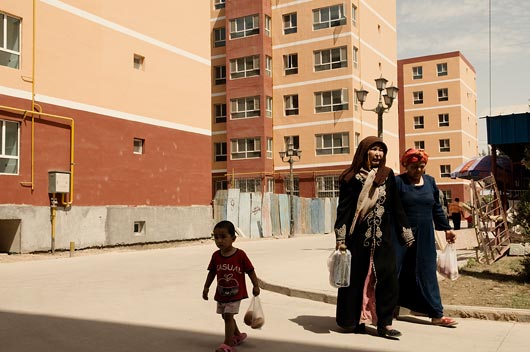 Those who were displaced first were relocated to the “City of Happiness #1,” 4 kilometers from the city center. For them, everything was free. Though there is no more mosque in the neighborhood, the apartment will be heated this winter. The government will pay for the first electricity bills. 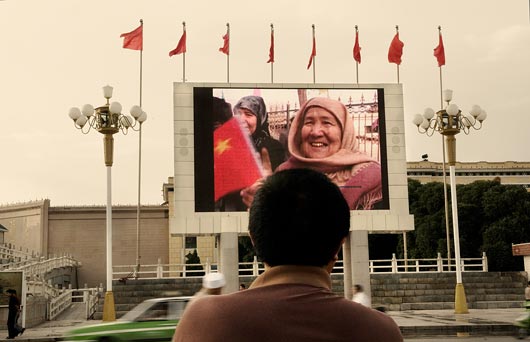 A propaganda video is shown on loop on a screen in the People’s Plaza. Here, one sees what has moved in first: blaring music, folk dances, inaugural floral bouquets. The filmed Uighurs do not hide their joy at their sudden attainment of modernity. They wave small Chinese flags. An official voice in mandarin (that 2/3 of locals do not understand) vaunts the merits of the project: “Never before has an event of such proportions occurred in Kashgar … The quality of these new buildings are without equal …” 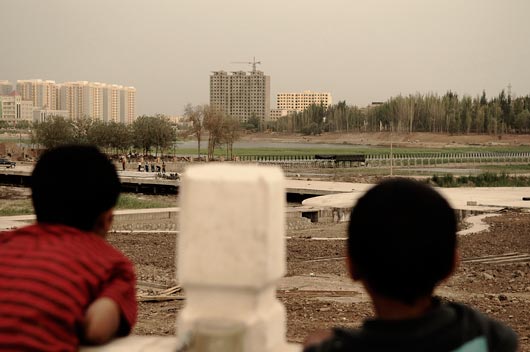 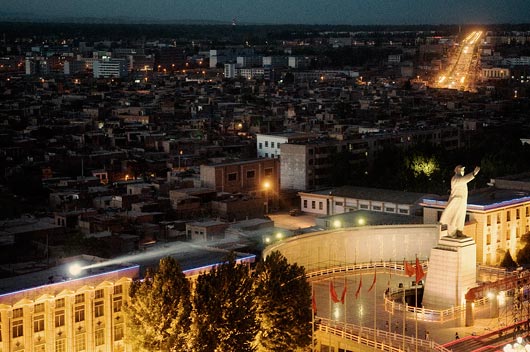 Behind Mao’s raised arms, the old city. For how much longer?

Update: The Uyghur Human Rights Report has translated a portion of the article that originally accompanied these photos here. Thanks to Adam Cathcart for alerting us to the link.

China Rebuked by 22 Nations Over Xinjiang