Three men are being investigated by the Xinjiang Cyberspace Administration for “disrupting public order on the internet and causing adverse social impact” by flooding a live-streamed official press conference with “malicious” comments about COVID-19 controls. The comment flooding was likely an attempt to draw attention to food shortages, denials of medical care, and hardships suffered by residents under lockdown in Xinjiang, particularly in Urumqi, which has been subject to back-to-back lockdowns since this summer. In September, local officials in Urumqi, Yining/Ghulja, and Korla belatedly apologized for various “shortcomings and deficiencies” in pandemic controls that led to widespread shortages of food, medicine, and infant formula.

Guo Rui of the South China Morning Post reported on the specifics of the recent statement from Xinjiang cyberspace authorities:

The statement did not give details about the “malicious” comments, except that one of them repeated the word “Urumqi” – usually an appeal to call attention to the strict Covid control measures in the city, which has been under lockdown since early August, with hundreds of local infections recorded each day.

According to the statement, a 41-year-old man from Kashgar, surnamed Li, obtained the live-streaming and press conference schedules of several news media accounts and published them on Douyin – TikTok in China – and then used short videos to incite others to “maliciously flood the screen during the live streaming”.

Another man surnamed Huang, 28, was reported for flooding a live-streaming site with the word “Urumqi”, and for spreading screenshots of the comments in a short video.

The third man under investigation was a 36-year-old Urumqi man surnamed Li, who allegedly recorded the comments on video and then incited others to imitate them on the video sharing platform. [Source]

The irony of concerned citizens being detained for comment flooding about Urumqi has not been lost on Chinese netizens. In September, CDT translated and published leaked censorship directives revealing that government propagandists, in an attempt to drown out the voices of Xinjiang residents suffering from food shortages, were “flooding” platforms with anodyne content about Xinjiang lifestyles, cuisines, and scenic sites.

CDT editors have collected and translated some recent online comments and memes reacting to the detention of the three men accused of malicious or criminal comment-flooding (刷屏罪, shuāpíngzuì):

用户7788492697：#UrumqiCommentFlooding  This pandemic lockdown has gone on for so long, and I’ve endured it. But when I saw the official statement about “malicious comment-flooding”, it broke me! It broke my brain! Muffling people’s mouths is half the motivation for pandemic controls. And there’s no way that after 100 days of lockdown, newly reported cases keep hitting new highs. This is no place for young people, let alone people with minds of their own. I can’t sustain my dreams by lying around the house all day doing nothing, frittering away my youth. I’m going to sell my place and move back to my hometown! 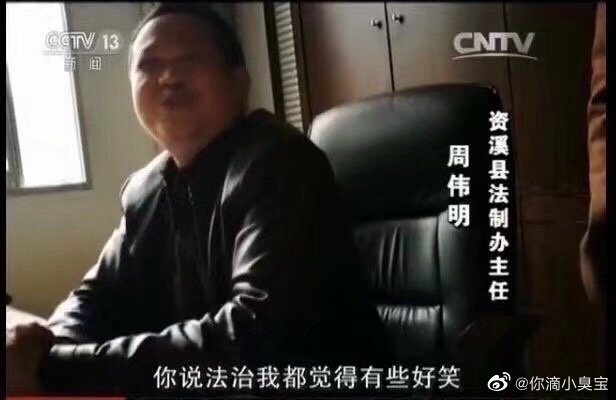 A screenshot meme shows Zhou Weiming, director of the Legal Affairs Office of Zixi County, Jiangxi Province, with the quoted caption: “I think it’s kind of funny that you talk about ‘rule of law.'” 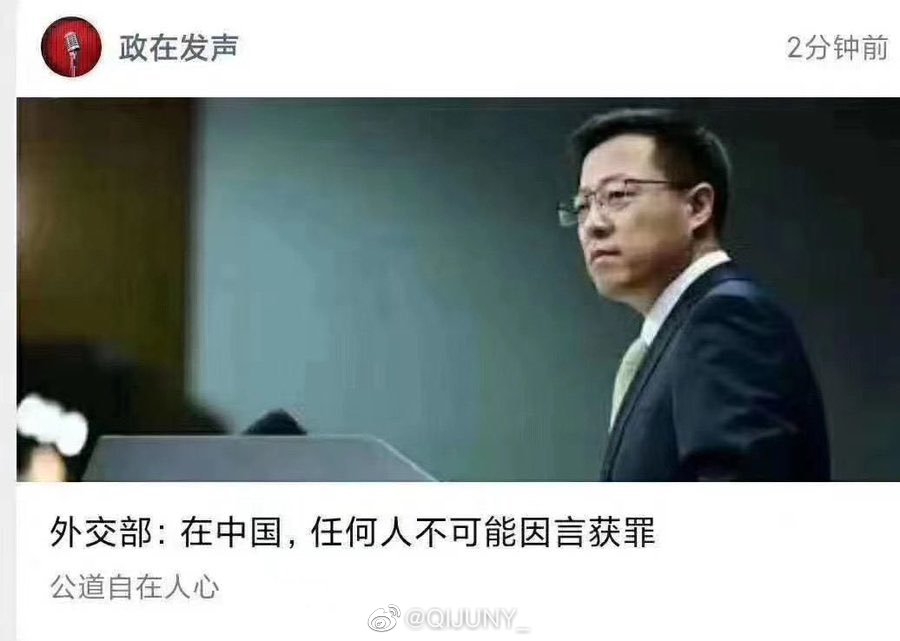 A screenshot meme shows former Chinese Foreign Ministry Spokesperson Zhao Lijian at a press conference. The Chinese caption reads: “Ministry of Foreign Affairs: In China, it is impossible for anyone to be punished for speaking out.” When the statement was made in 2020, it was widely mocked.

Despite a rumored relaxation of COVID controls in Shijiazhuang and other Chinese cities, many continue to worry about residents of Urumqi and other heavily-controlled cities in Xinjiang. In October, one visitor to Dr. Li Wenliang’s Wailing Wall complained: “It’s day 61 of Urumqi’s lockdown. One minute they talk about ‘lockdown,’ then it’s a ‘silent period,’ then ‘static management,’ then ‘voluntary home quarantine.’” Another commenter asked plaintively: “Dr. Li, will Urumqi be okay? It’s been 71 days [of lockdown.]”