Two years and eight months after whistleblower Dr. Li Wenliang’s death from COVID-19, the “Wailing Wall” that emerged in the comments under his last Weibo post continues to serve as a repository for the hopes, dreams, worries, and opinions of countless Chinese citizens. CDT editors regularly collect and archive Wailing Wall content, including the selection of comments translated below.

In October, many came to the Wailing Wall to commemorate Dr. Li’s October 12 birthday, and to discuss an October 6 New York Times documentary feature (by Muyi Xiao, Isabelle Qian, Tracy Wen Liu, and Chris Buckley) that disclosed more detail about Dr. Li’s final days. Based on a re-examination of Dr. Li’s medical records, internal memos from Wuhan Central Hospital, and an interview with an anonymous colleague of Dr Li’s, the NYT piece revealed that Dr. Li had experienced depression during his final illness, was not initially intubated (for reasons that remain unclear), and was kept alive artificially for over seven and a half hours to “show the public that no effort was spared”—despite the objections of doctors present, who argued that pointless, invasive procedures carried out after Dr. Li’s heart had stopped would constitute an “insult to his body.” His death was not announced until the early morning hours of the following day, February 7, 2020.

Throughout the month of October, Wailing Wall visitors made oblique mention of an October 13 protest in which a lone man set a fire on Beijing’s Sitong Bridge and displayed two banners demanding an end to draconian “zero-COVID” policies and calling for Xi Jinping to be removed from office. This extremely rare act of overt political defiance, which occurred on the eve of the CCP’s crucial 20th Party Congress, was heavily censored across all media and online platforms. One Wailing Wall commenter dodged censorship by rendering the banner text “We want food, not nucleic acid tests” (不要核酸 要吃饭, Bu yao hesuan, yao chi fan) as “不要和🧄要吃饭,” using the Chinese character for peace/harmony (和, he) and the garlic emoji (suan) to replace the term for “nucleic acid test” (核酸, hesuan).

There were also references to the October 1 Chinese National Day holiday, long lockdowns in Urumqi and other cities, three straight days of People’s Daily op-eds trumpeting the continuation of China’s “zero-COVID policy,” and the lamentable, preventable death of a quarantined 14-year-old girl due to delayed medical treatment. A number of visitors mentioned the recent rash of Weibo and WeChat account closures, or noted that their previous Wailing Wall comments had disappeared.

The following Wailing Wall comments, selected and translated by CDT editors, were originally posted during the week of October 1-8, 2022:

夕阳白赶一趟叶儿声声降：Dr. Li, I’m here again. It’s day 61 of Urumqi’s lockdown. One minute they talk about “lockdown,” then it’s a “silent period,” then “static management,” then “voluntary home quarantine.” A friend asked me to lend him 700 yuan, and I asked him why such a specific number, instead of a round number like 500 or 1,000? He said because 700 was enough—that’s how much he was short on his loan payment. I sent him 1,000 yuan, and he sent me back 300, saying that 700 was enough, and that he was afraid if he borrowed more he wouldn’t be able to pay it back. Chinese people just want to live normal lives. Why is that so difficult?

进击的阿伟仔：Dr. Li, I read the latest NYT report that said you were forcibly “resuscitated” for more than seven and a half hours after you were technically dead. They politicized your initial attempt to inform the people around you about [important] medical news, and the fact that they politicized your body, even after death, is thoroughly evil. I am infinitely disappointed in my country, and I despise it for what it did to you.

千层脆塔：I had my last Weibo account for ten years, until it was “bombed” [shut down by Weibo administrators] back in 2020 because I shared something about your Weibo account. It’s a shame they haven’t learned any lessons since then. Even now, when something happens, the first thing they do is muffle people’s 👄. I wish you all the best.

库布里bin：An EKG report from about 9:10 p.m. on February 6 showed that Li Wenliang had no heart activity, but Wuhan Central Hospital didn’t announce his death until 2:58 a.m. the following morning, February 7. A lot of netizens are furious that the hospital delayed the announcement of his death for so long.

MrWang_Math：The New York Times made a short documentary about you. These memories have faded within China, but on the other side of the ocean, they’re being carefully preserved. Were it not for them, perhaps these records would have disappeared as well.

嬛嬛是最棒的：Current pandemic controls have become perverted and practically inhumane, unchecked power violates our civil rights, and everyone is blinded by ignorance and arrogance. It suddenly struck me that maybe it was good you left us so early, because you were spared witnessing this fucked-up world.

L雙魚童鞋：Dr. Li, when you were alive, you weren’t allowed to speak. After you left us, we couldn’t speak. And now, no one dares to speak. There will always be people who try to cover all of this up, to Return it to Dust~~

用户沉默是金22004：’Morning, Dr. Lee. How many ears must one man have, before he can hear people cry?

什麼樣的垃圾：We miss you. They’re afraid of you. [Chinese]

苏禾湘：Have you seen it? Someone cried out, “We want food, not nucleic acid tests!” [“Nucleic acid tests” is rendered here as “和🧄”, or “hesuan,” to evade censorship.] // NULL大湿：“Arise, all ye who refuse to be slaves!”

乔0717：Dr. Li, yesterday someone stood up. Maybe that counts as a birthday present for you? Chinese people have some backbone—not everyone bows down. If it’s within your power, please bless and protect them, and keep them alive …

乌龟慢慢慢慢_kun：Happy Birthday, Dr. Li! Last year, I met my boyfriend, who is studying medicine. This year, I hope he’ll be able to successfully pursue his doctoral studies. Also, a lot of people’s WeChat accounts got “bombed” [permanently deleted] today, which is really inconvenient since everyone uses WeChat nowdays, even for work. But there’s nothing you can do about it, except laugh/cry.

H_Jsunny：This is a society where we can’t even go home without getting our codes scanned.

220528-41：“‘Lying flat’ is unacceptable; victory by ‘lying flat’ is impossible.” How do you feel when you hear this sentence? To me, it feels like a slap in the face to a billion people, like they’re saying, “Oh, you want us to change [zero-COVID policy]? Dream on!” Backed by that sort of inflexibility and arrogance, they’re trampling all over us. // 想喝皮蛋瘦肉粥123：Did you see that People’s Daily article under the “Zhong Yin” byline? It’s hopeless.

Nssymh：We’ve been locked down for a week. They had to stop someone in the complex across from ours from trying to jump off a building. Sigh …

我是女生笑嘻嘻_1688：They don’t want you to understand politics, but they want you to speak of politics—what kind of an age are we living in? [Chinese]

Maggie泡泡妞儿：So, after October 1, the pandemic has started up again. We’ve been locked down at home all week, with no news from outside. A couple days ago, a young girl at a quarantine center in Ruzhou had a fever and convulsions, and no one took care of her, and now she’s dead. Tell me what’s scarier, Dr. Li—the pandemic, or people? None of us can live normal lives with lockdown after lockdown after lockdown … will it ever end?

心远地自偏wb：Some who live are already dead; some who have died, live on. Some ride roughshod over the people, proclaiming, “Oh, how mighty am I!” Some bow down to the people, better to serve as beasts of burden. Some carve their names into stone, dreaming of immortality; some would rather be weeds, better to kindle the fire underground. Some live so that others cannot; some live so that the many may live better. [From Zang Kejia’s poem “Some People,” written on the thirteenth anniversary of Lu Xun’s death.] [Chinese]

小栗子jessamine：I just found out that my last [Wailing Wall] message got deleted. Haha, I get it now—next time I should watch what I say when I’m using an overseas IP address. Dr. Li, I came here to make a wish. I recently applied to a foundation, and hope it goes well. I also hope to make some progress in my research. I’ll report back to you later.

眼睛真的太漂亮了_btw随时跑路：Good evening, Dr. Li! The message I left you this afternoon seems to have been gobbled up. I hope this one stays.

紫晶蝶蓝：Dr. Li, someone told me to stop going to the cemetery so often and disturbing my mom’s tranquility. Everyone from the head of the cemetery to the ladies who clean the toilets there know me … It’s been seven years. Please, if it’s no bother, ask my mom if I’m really disturbing her rest, and if I am, well then, next time, I’ll try to tread a little more softly, a little more lightly … 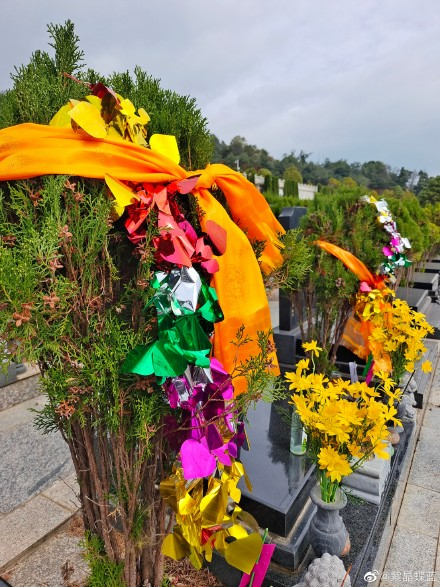 域见吴文博：In 1942, Henan had a huge famine. Eighty years later, people are re-enacting that exodus. Dr. Li, are the common people just pigs and dogs? Is there no one to uphold justice?

豆非博物馆：Dr. Li, I was afraid of getting caught up in a lockdown, so I didn’t go back to my hometown for the National Day holiday. As a result, I missed the chance to see my dad one last time before he died. I hurried home for his funeral, and really did get caught in a lockdown, so now I can’t leave. That new job I told you about before National Day, I don’t know if it’ll pan out or not … Maybe you’ll meet up with my dad over there. You’re both good people.

6600968672_879：I really want to say something—I don’t want to be one of the silent majority—but after racking my brains, all I can come up with is a helpless sigh. That’s all I can do, just sigh. I can’t imagine what’s going to become of us, you know? [Chinese]