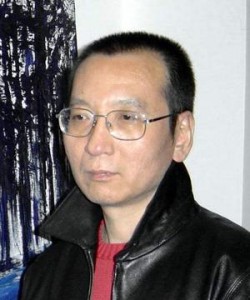 Four senior Communist party officials known for their liberal views are pushing for the release of an imprisoned Chinese dissident who had called for political reform.

The four have signed a strongly worded letter addressed to “incumbent party and government leaders”, urging authorities to reconsider the verdict against Liu Xiaobo, who was sentenced in December to 11 years in prison on subversion charges…The signatories are all in their 80s and 90s, according to the letter; their age could provide them with a degree of protection from harassment.

It said the main evidence against Liu was that he had called for the establishment of a Chinese “federal republic.” Hu and other signers contend that the term was a “correct slogan” used in the early days of the Chinese Communist party.

“If the judge violates the constitution and has no knowledge of the history of the party … and makes false and incorrect accusations that will seriously tarnish the image of the country and the party, then it’s difficult to prove that China is a country ruled by law and a harmonious society,” said the letter.