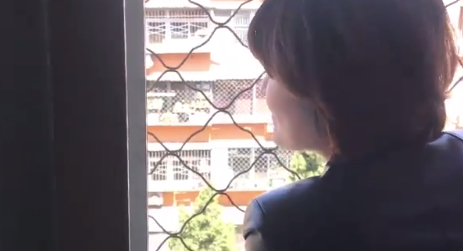 “Quintessential rights lawyer” Wang Quanzhang was one of hundreds taken in the “Black Friday” or “709” crackdown in July 2015. Most soon reemerged, with others gradually tried, sentenced, or released over the years since. Now, more than 1,000 days later, Wang is the only one whose situation remains unknown. His wife Li Wenzu, one of several relatives who have allied in support of political detainees, marked that thousand-day milestone last week with a 60-mile march from Beijing to seek information in Tianjin, where Wang is believed to be held. Li has now been intercepted and returned to Beijing, where she has been confined to her home. From Christian Shepherd and Venus Wu at Reuters:

On Tuesday, the seventh day of her march, Li was picked up by plainclothes men and returned to her home in Beijing which they are now preventing her from leaving again, Li and her supporters said in a statement sent to Reuters.

“Li Wenzu has been placed under house arrest, with state security blocking the door,” said Wang Qiaoling, a friend of Li’s, whose husband is also a rights lawyer.

[…] The couple’s fate was a test of China’s assertion it is governed by the rule of law, said Kwok Ka-ki, a Hong Kong lawmaker who organised a protest on Tuesday over their plight outside Beijing’s representative office in Hong Kong.

“Xi Jinping always declares to the world that the Chinese government is ruling by law. What kind of law will (let) a country detain a human rights lawyer without any obvious reason?” he asked in Hong Kong. [Source]

In addition to a statement released through supporters (see update below), Li was also able to tweet a video of herself confronting the crowd below through her window on Tuesday.

Li Wenzu to the rent-a-mob preventing her friends from getting close to her apartment where she's being held under house arrest: you're a bunch of ignoramuses … my husband defended ordinary folks … you're abetting the wicked#709Crackdown #WangQuanZhang https://t.co/PgUuQX0P5l

The festival is traditionally a time for Chinese to visit the graves of their ancestors but Liu Xiaobo’s friends and family could not do so because the authorities cremated and buried him at sea last year, a hasty arrangement supporters said was to stop his grave becoming a focal point for other dissidents.

The Hong Kong-based Information Centre for Human Rights and Democracy said on Thursday that Liu Xia mourned her husband at home as guards continued to watch her house.

[…] She put some of Liu Xiaobo’s favourite books and food by his portrait, [the group’s founder Frank Lu Siqing] said.

According to social media posts, the couple’s supporters also held secret remembrances on beaches in Guangdong and Fujian provinces on Thursday night.

One photo taken in Guangdong showed the outline in the sand of a chair, a reminder of the empty chair that stood in the imprisoned dissident’s place in Oslo, Norway when he was prevented from collecting the Nobel in person in 2010. [Source]

Reuters’ Christian Shepherd reported on Wednesday that early hopes that Liu Xia would be free to leave China after her husband’s death have been frustrated by repeated delays to negotiations:

Since his death, Liu Xia has continued to be closely monitored by government minders and is unable to travel or to speak freely with friends and family, other than in infrequent pre-arranged phone calls and visits, according to friends and Beijing-based Western diplomats.

Now, fears are mounting that no progress has been made toward allowing her to travel outside the country despite the conclusion of the annual meeting of parliament, which Chinese authorities previously said was the reason for delays.

“There are growing doubts that she will be released in the near future,” a Western diplomat involved in the case told Reuters.

[…] “The Chinese authorities are primarily concerned that after she leaves she will openly tell the international community about her and Liu Xiaobo’s plight,” Ye Du, a writer and close friend of the couple, told Reuters. [Source]

[…] I am under siege in my house, surrounded by 40-50 people. Friends who came to see me were blocked from coming in. I could only shout through the windows to talk to them.

Wang Quanzhang has been disappeared for 1,006 days, and I’ve been under house arrest for two days. They even blocked our caretaker and our son from leaving the house, and said: if you come out, we’ll kill you. It was only after I called the police that the guards allowed them to leave the house. But a gang of Aunties hurled insults at them, calling them traitors, and made them cry.

If we—mother and son—are disappeared, are killed, we hope our friends everywhere will help us write this tragic episode into history. [Source]