A bill proposed by G. Glenn Oder in the Virginia legislature to assist homeowners with problems experienced due to toxic Chinese drywall has died in a House Committee: 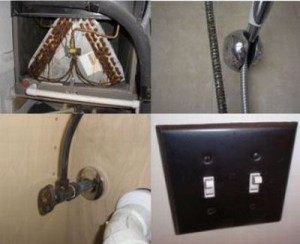 Hundreds of homeowners in Virginia are affected by Chinese drywall, which emits a gas that corrodes metals and that homeowners say causes respiratory problems. The rotten-egg smell has forced many of them from their homes, causing them to have to pay rent and a mortgage while the government grapples with the problem.

Homes in Newport News, York County, Williamsburg and southHampton Roads are affected, and homeowners say they’ve been told it will cost nearly as much to fix their homes as what they are worth.

A similar bill that also would have prevented the canceling of insurance recently passed the Senate and is headed to the House… Oder said that on another front, he’s working with Gov. Bob McDonnell to lobby for federal money to help those suffering from the drywall mess.

US Lawsuits May Flood China Drywalls