For a Chinese-American Writer, Split Images of China

People in China have long been familiar with the rural-urban dichotomy of China. But for many people outside China, there is also a dichotomy of ancient vs. modern China.

This is true for Deanna Fei, a Chinese American writer who recently published her novel debut: A Thread of Sky

. With the “new China,” i.e. the post-Mao, modernized, booming China, as its main backdrop, this novel presents China in two very different ways: a heavenly, beautiful China consisting of natural and ancient wonders, and at the same time, a chaotic, fast-changing China that is full of modern sins.

With a tour group, six Chinese American women—mothers, daughters and sisters across three generations—visited Beijing, Shanghai, Nanjing, Suzhou, Hangzhou, Huangshan and Guangzhou on the mainland. The portrayal of these places demonstrates a split view of China along a modern-ancient line.

Beijing is a mixture of both ancient wonders and modern ills. In the eyes of American tourists, i.e. the six women, historic sites such as the Forbidden City, the Summer Palace, and the Great Wall are just as splendid and magnificent as ever. When it comes to the day-to-day life of the capital, however, the image turns rather dark.

Kay, one of the youngest among the six, had lived in Beijing for about a year before her family started the tour. The highlights of her experience in Beijing included her efforts to help underground prostitutes—rural-girls-turned sex workers in massage parlors, karaoke clubs, hair salons—learn the ways of protected sex. She also fell victim to the notorious sand storms, and tap water sold as bottled water by street vendors. Tap water in China is largely undrinkable, which caused Kay to have diarrhea for a long time and prompted her to warn her mother while purchasing a pearl: “This is China. They sell fake water.”

In Shanghai, again, Kay mourned the demolished old buildings across the city, worrying that the history of the nation was being destroyed. In Guangzhou, Kay and her mother, her two sisters and her aunt, all came down with food poisoning after eating from street stalls. Remember the web joke that everything that goes through Chinese people’s mouths throughout the day is somehow poisoned? Ms. Fei certainly makes a case about China’s food safety issue here, along with other issues.

Suzhou, Hangzhou and Huangshan are depicted in a more positive light than the major cities, thanks to the ancient gardens, the West Lake, and the mountains. In the novel, they are charming and enchanting. It is worth noting that they are part of China’s ancient legacy, rather than achievements of the reform and opening-up policies.

The “new China,” eventually, is not so awesome, the book seems to suggest. It is too Western-like for Westerners to appreciate, or “an unsanitary country only a martyr would enter,” or filled with suffering of those who become the downtrodden in front of the juggernaut called capitalism—the prostitutes, the migrant-boys-turned thieves, the twisted cripple beggars, etc… In the book, the beautiful aspects of today’s China are still the ancient heritage, the palaces, the mountains and lakes, the temples, the architecture, etc., which China has had for centuries, and seem to be in a league of their own, separate from the hectic, even bleak daily reality of a modern China.

Such a view of China is not unique to this novel, but a fairly often seen pattern of portrayal of contemporary China in Western popular culture. The recent movie, The Karate Kid, for example, also depicts the beauty of China’s ancient culture alongside some unsightly scenes of the modern city.

Stereotype? Prejudice? Or even condescending? Maybe. One thing is for sure: Pursuit of Western-style modernity and globalization has brought wealth to the Chinese people and society, but also social problems. On the other hand, a modern, advanced China is not without any merit, at least for millions of Chinese who live their life in the country. 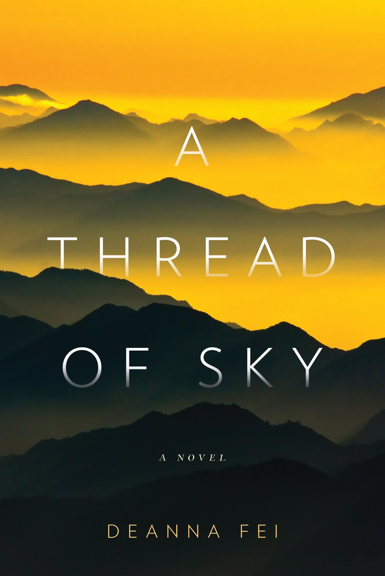