Following is the latest installment in a series of posts by journalist Rachel Beitarie*, who will be sharing with us dispatches from her journey across rural China. In this post, Rachel visits the rural village Beiya, halfway between the tourist sites of Dali and Lijiang in Yunnan. There, she visits with families whose children were affected by a recent lead poisoning epidemic. (Read previous installments of the travelogue here.)

(Author’s note: I want to stress that this is not a work of investigative reporting but merely a travel journal, and a record of my chats with people I met. I don’t have the capacity to get to the bottom of what really happened in Beiya, who was responsible, and whether the government’s account, or those of the villagers, is accurate. So this dispatch is merely meant to describe the mood in an area that was recently inflicted with lead poisoning, as well as to raise some questions. Whatever the truth is, it’s clear to me the matter requires a much more thorough investigation.)

The two ancient cities of Dali and Lijiang are probably as famous as tourist sites in China can be. Picturesque and enchanting, they are swarmed with tourists from both China and abroad who come to admire the magnificent mountain scenery and rich minority culture at this gateway to the Himalayas. The clear streams, lush mountain flora and snow-capped peaks of northwest Yunnan aren’t what one would associate with pollution and contamination but it was right here, a few kilometers off the main road connecting Dali to Lijiang and about half way between the two, that over a hundred children were hospitalized after dangerous levels of lead were found in their blood.

It all started… actually no one knows exactly when it started. In the village of Beiya (北衙) stories differ: Some say signs of ailment in children started about three months ago, and were spotted by teachers in the local school who alarmed health authorities. However, one mother, whose daughter is still in the hospital, says the child, now 12, has been feeling bad since the beginning of this year. “But I gave her some herbal medicine and thought she’ll be all right,” she says with remorse. “I can’t afford the cost of a medical check in the hospital, and it has been a drought year…” Some experts in the Ministry of Health suggested that drought conditions worsened already existing pollution, therefore causing the number of affected children to peak. 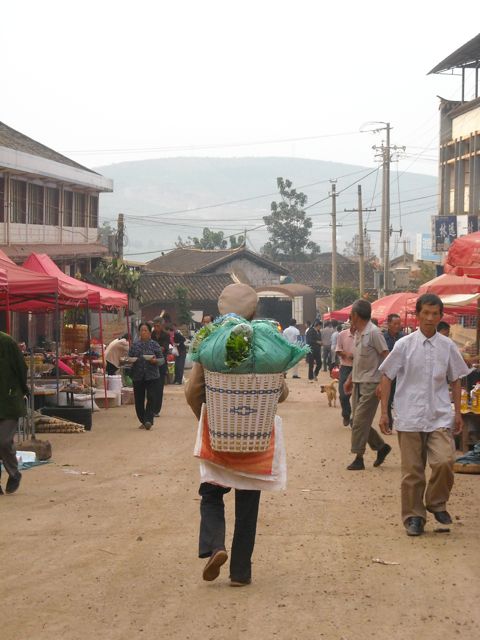 Another mother, who only gave her surname, Yao, said there had been similar cases as early as 2008. “But then we thought those kids just had bad luck.” Her daughter, who is seven, was released from the hospital a few days ago and is recovering at home. Her son, three, also tested with high levels of lead but was released earlier and is now happily, if somewhat slowly, wandering around the yard, chasing a dog. His arm is in an improvised sling made from a scarf: He hurt it when he slipped in the yard the day before. “He falls a lot,” Yao explains. Another couple hurriedly sent their two-year-old daughter to her grandmother’s in a nearby county. “She is supposed to drink a lot of milk to get well, but she can’t drink any, or eat any fruit. She gets weaker because she doesn’t eat but she gets sick when she does, so what can you do?”

The government of Heqing County, where Beiya is located, publicly announced the case at the end of July, and took on all the medical costs itself. According to the official report (that was quoted in Chinese and international media), the air contamination was caused by small illegal gold mines operating in back yards by peasants trying to make some quick cash. Those were allegedly all closed down in an aggressive campaign following the poisoning. 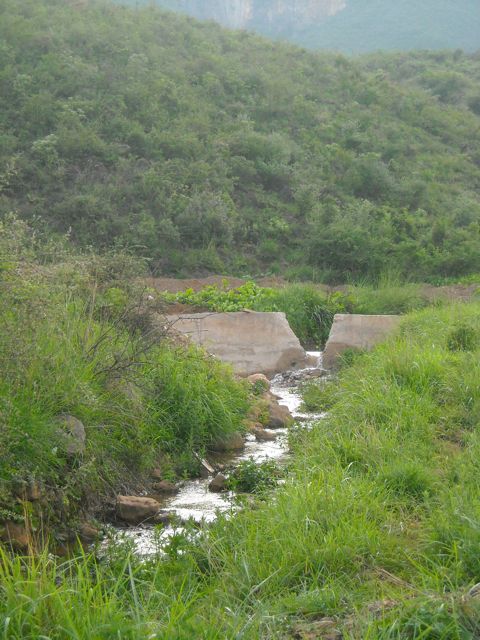 The official report failed to mention the odors that hit you as soon as you enter the valley of Beiya. The air is murky and it smells: not the usual smell of dung, sewage or untreated household waste, but something that feels like it belongs in a more industrialized area. Then again, maybe it was merely my imagination, and the cough that refused to let go during my two days in Beiya might have been psychosomatic. The report, however, completely ignored the most noticeable feature in this valley – the mining operations of a local gold mining company. This is no backyard illegal mine but a big factory, complete with machinery and workers’ dormitories. It started operating here more than ten years ago, locals say. According to the company’s website, Yunnan Geology and Mineral Resources Co., Ltd. adheres to safety regulations and strictly enforces environmental protection measures throughout its mines. 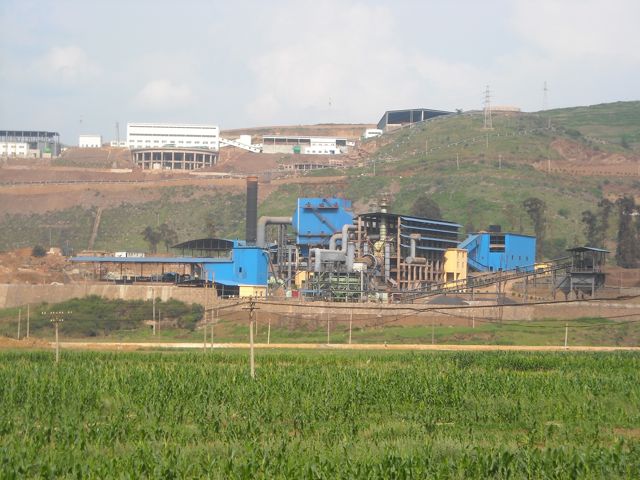 Some residents of Beiya are convinced it was this mine that caused the lead poisoning. Others have a theory that links the incident to the newly laid railway that passes nearby. “The kids used to play there,” one farmer. They don’t know anything about the results of an investigation and have received no compensation, but the hospital costs, as well as parents’ travel costs, were covered by the local government. Their grievances with the mining company are of a different nature.

“They wouldn’t hire us to work,” Yao says. “They don’t want us because they say we have no education and no qualification so they bring workers from other places. I know the people who work there get medical insurance. That could have been helpful to me.” Her neighbor, Ms. Sun, doesn’t believe the latest poisoning or the investigation will change anything, or make the place safer. “Mei Banfa” [nothing to do, no solution], she says. “We have no guanxi [connections] and no influence. The bosses of the company probably have many friends. My only hope is that my husband will earn enough money [He works in Fujian province] then we will move to a safer place.”

“If you had a chance to talk to the manager of the gold mine, what would you say to him”?

Yao: “I would tell him my daughter is sick and that I need money. I’d ask him why he wouldn’t hire us. We are good people. We want to work and earn our living”.