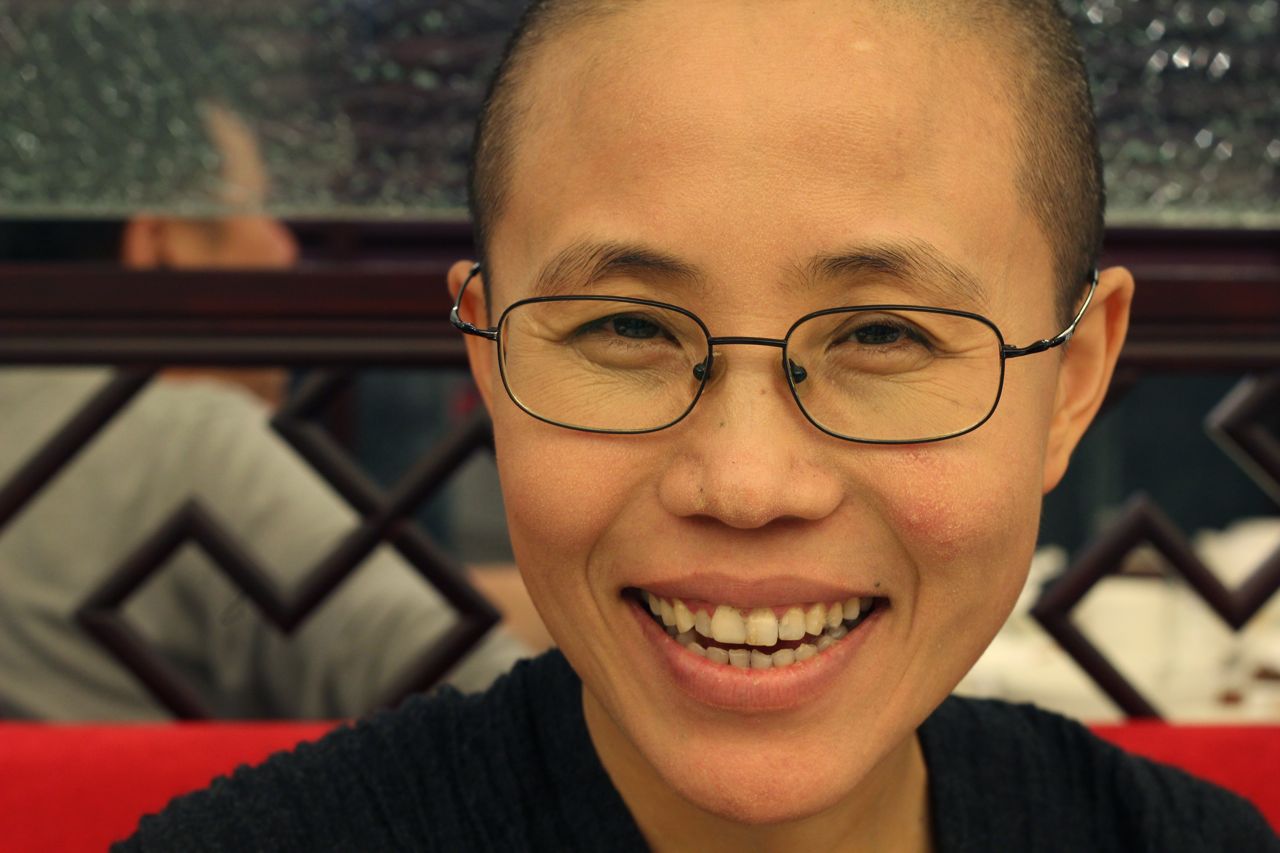 Liu Xiaobo’s wife Liu Xia was able to meet with the Nobel laureate and tell him about the honor despite the fact that she is under de facto house arrest at her home in Beijing. From the Australian:

Liu Xiaobo, 54, first learnt the news from his jailers late on Saturday, 24 hours after a live announcement on Friday to the rest of the world by the Nobel Committee.

He had been isolated, without access to newspapers, and unaware of the accolade while in the cell he shares with five others in the northeastern city of Jinzhou where he is in the second year of an 11-year jail term.

He has been charged with inciting subversion.

His wife, Liu Xia, was taken by police to see him yesterday. In an emotional meeting, the ebullient literary critic and veteran activist, who has long demanded democracy and freedom of speech for China, broke down in tears.

In an e-mail to The Times, Ms Liu said: “Xiaobo said this prize is for all the souls of those who died on June 4, 1989. They used their lives to pave the way for peaceful democracy and freedom in the spirit of non-violence.”

After returning from the jail, Liu Xia sent out the following tweet:

“Brothers, I’ve come back. On the 8th I was put under house detention. I don’t know when I will see everyone. My cell phone has been broken, I have no way to make or receive phone calls. I saw Xiaobo. On the evening of the 9th he was told the news about the award. Later things I will tell eventually. Please help me retweet. Thank you.”
“兄弟们，我回来了，八号我就被软禁了，不知何时见到大家，我的手机被搞坏，我无法接打电话。见过晓波，监狱在9号晚告诉他得奖的消息。以后的事慢慢说。请大家帮我推。谢谢”
ABC (Australia) speaks with a lawyer about Liu Xia’s current situation:

BETH SCHWANKE: Liu Xia is currently under some sort of de facto house arrest. She is in her Beijing apartment but is no longer allowed to leave her apartment or to have anybody in and her phone has been destroyed.

LISA MILLAR: How have you been able to get that information?

BETH SCHWANKE: We have a source inside Beijing.

…LISA MILLAR: You call it a de facto house arrest, exactly what is her situation?

BETH SCHWANKE: Well, she hasn’t been officially charged with a crime so she has not in fact, been placed under any official house arrest however because she is not allowed to go in or out of her apartment, it is essentially a house arrest.

China Beat has a nice round-up of readings about Liu Xiaobo.