This week’s cartoon for Hexie Farm‘s CDT Series is a response to the proposed changes to the Criminal Procedure Law, which is slated for a vote this week by the National People’s Congress. The armband on the figure reads. “Criminal Procedure Law, Article 73.” This article has been the focus of criticism of the revisions. According to Human Rights Watch’s Nicholas Bequelin, writing in the New York Times: “Under the guise of regulating ‘residential surveillance,’ Article 73 of the revised law would effectively legalize secret detentions and ‘disappearances’ of people viewed as political risks by the government. This would legalize a pernicious practice that has recently been used against the artist Ai Weiwei, the lawyer Gao Zhisheng and the Nobel Peace Prize laureate Liu Xiaobo. Up to now, such abductions have been technically illegal.”

Crazy Crab for Hexie Farm (蟹农场): Mirror, Mirror on the Wall:
Text (translated by CDT): “Mirror, mirror on the wall, who is the greatest, most glorious, and most correct of them all?” [The phrase “great, glorious and correct” has been used to describe the Communist Party for more than 40 years but has recently been reinterpreted by Chinese netizens.] 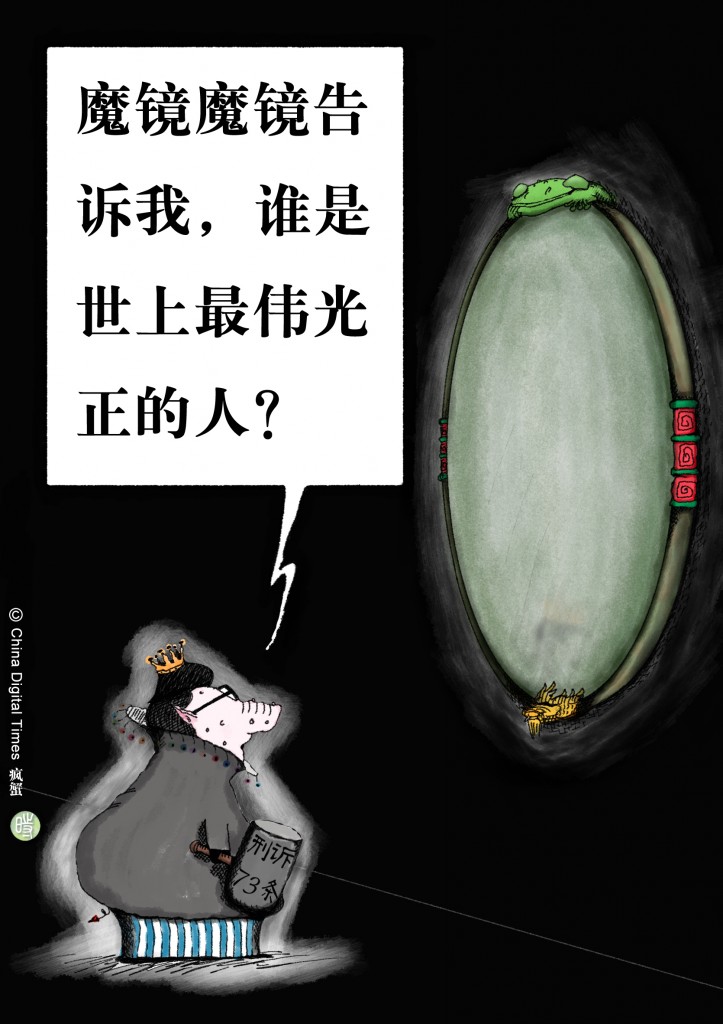 Read about Hexie Farm’s CDT series, including a Q&A with the anonymous cartoonist. See all cartoons in the series so far.