For his latest contribution to the Hexie Farm CDT series, cartoonist Crazy Crab portrays the recent escape of activist Chen Guangcheng, who was under a particularly stringent form of house arrest, as a scene from the Shawshank Redemption, a 1994 movie in which a prisoner spends two decades digging a tunnel out of his cell. (The pig is a character from Angry Birds.) Chen, a self-educated legal activist, had been the target of local activists (and movie stars) who traveled to his town of Dongshigu to visit him despite being turned away and sometimes beaten or detained by thugs hired to guard Chen.

Dongshigu Redemption, by Crazy Crab of Hexie Farm for CDT: 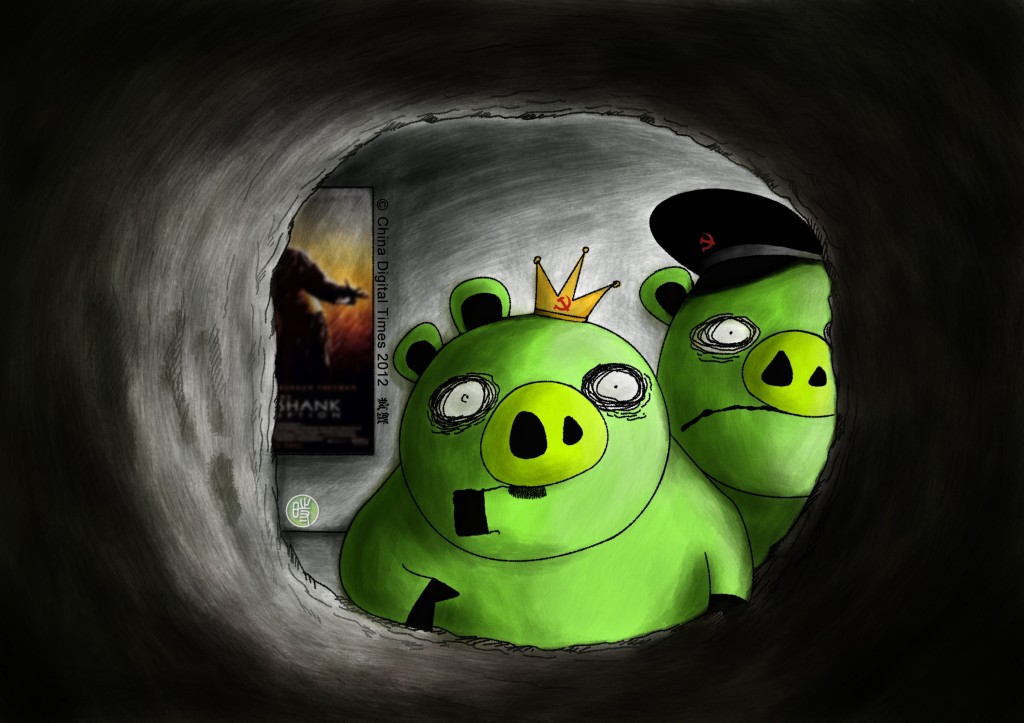 Read more about Hexie Farm’s CDT series, including a Q&A with the anonymous cartoonist, and see all cartoons so far in the series. Hexie Farm has been nominated for Deutsche Welle’s Best of the Blogs award in the Chinese category. Please show your support by voting for him! Hexie Farm also runs the Dark Glasses. Portrait website in support of Chen Guangcheng, which itself is nominated for a BOB award.