Tensions with Japan on the Rise

Tensions between Japan and China over the disputed Diaoyu (Senkaku) Islands are continuing to rise after the Japanese Ambassador’s car was attacked and the Japanese flag ripped off of it in Beijing. From the Los Angeles Times blog:

On Monday, the Chinese Foreign Ministry expressed regret over an attack a day earlier on the official car carrying Japan’s ambassador to China, Uichiro Niwa. Neither Niwa nor another Japanese diplomat in the vehicle was injured, but protesters forced the car to a stop on a busy Beijing road and ripped the Japanese flag from the vehicle.

Also on Sunday, protests were staged in about 25 other Chinese cities, with marchers burning flags depicting the rising sun, chanting anti-Japanese slogans and vandalizing Japanese cars, restaurants and other businesses, the Kyodo news agency reported.

The official New China News Agency reported that the Beijing government had made assurances to Tokyo that Japanese citizens and interests in China would be protected. The agency also noted that Japan’s national government had blocked a controversial plan by the governor of Tokyo to visit and survey the islands that the municipality has proposed buying from their private owners to cement Japan’s claim. The disputed outcroppings are called Senkaku in Japan and Diaoyu by the Chinese.

The governor of Tokyo, Shintaro Ishihara, has enflamed tensions with his call to visit the islands, the Wall Street Journal reports:

“We must build a telecommunications base, a port, a meteorological station” on the disputed islands, said Shintaro Ishihara, the governor of Tokyo and a well-known nationalist, whose controversial proposal to have the city buy the islands has ballooned into one of the summer’s hottest diplomatic brawls.

“Without such things, we won’t have effective control of them,” Tokyo’s popular four-term governor said in a recent interview. 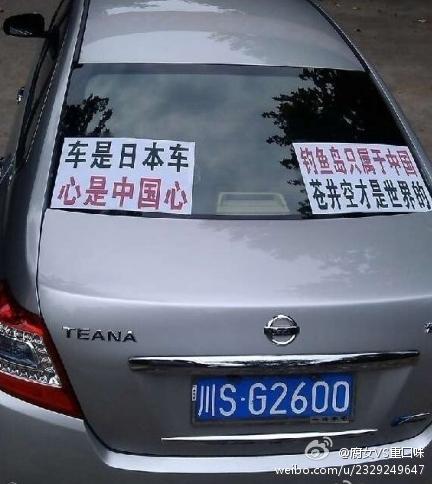