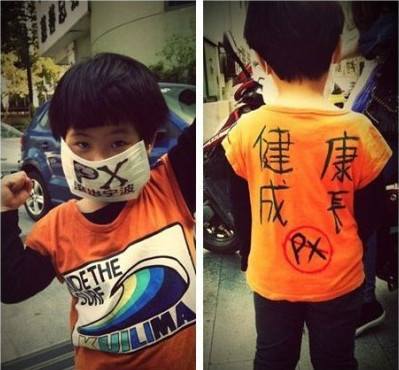 A boy in Ningbo wants to “grow up healthy” and PX-free.

Central Propaganda Department: Do not report or comment on the PX project in Zhenhai, Ningbo spurring groups to seek audience with officials or related issues. (October 27, 2012)