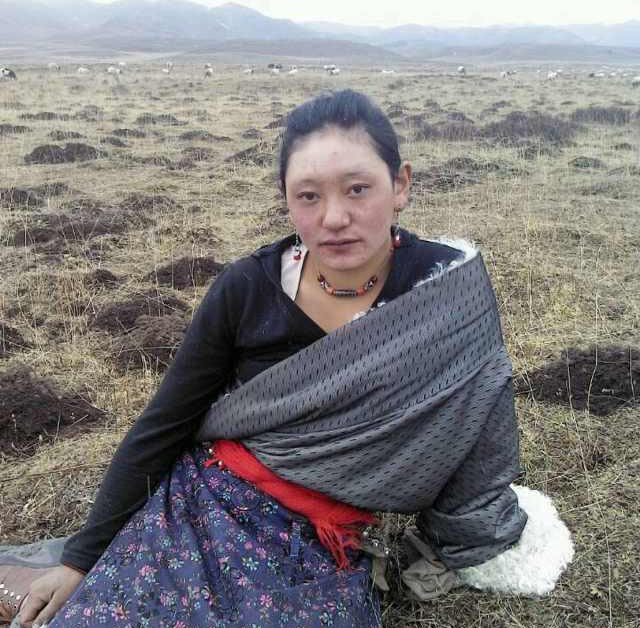 Tamding Tso, a 23-year-old mother who self-immolated on November 7.

Some Tibetan groups believe that recent Tibetan self-immolation protests have been timed to coincide with the Chinese Communist Party’s 18th Party Congress in Beijing, and to send a powerful message of Tibetan discontent with Chinese policies to the new leadership.

It appears the authorities sensed this coming. On Tuesday, Tibetan writer and activist Tsering Woeser posted this announcement of heightened security in a Tongren market to her blog:

To create a harmonious and stable social and cultural environment for the success of 18th Party Congress, based on the requirements of Article 2 of “Eliminate Obscenity and Strike Illegal Publications” [2012] and Article 88 of the document printed and distributed by the Tongren County People’s Government Office, a special clean-up campaign will be carried out in the Longwu Regional Culture Market as follows:

(1) Cultural businesses are strictly prohibited from selling pictures of the 14th Dalai Lama, as well as any audio, pictures, books, articles, pendants, etc. that incite the split of the country, promote “free Tibet,” or are obscene, pornographic, or vulgar. (3) All game centers, karaoke bars, and other entertainment places must not admit juveniles except on national holidays, or set up entertainment activities which include violence or gambling. Pay attention to fire safety and eliminate hidden dangers.

In the next few days, the Culture Market Law Enforcement Alliance of Tongren County will carry out random inspections. All business owners should closely cooperate with and accept inspection, listen to suggestions, and reinforce corrections. Meanwhile, we will coordinate with the Administration of Industry and Commerce as well as the police force to severely punish those who are operating illegally and who refuse to correct their ways despite repeated admonition. Those who violate the law will be turned over to judicial organs for severe punishment.

We hereby make this announcement.

Note: Rather than check ID, Internet cafes will sometimes provide a “public ID card” to customers. Back.