For his latest contribution to the Hexie Farm CDT series, cartoonist Crazy Crab comments on Nobel laureate Mo Yan. Some critics have lambasted Mo Yan’s close relationship to the Communist Party and his failure to speak up forcefully in support of free expression. Soon after his award was announced, Mo offered words of support for imprisoned fellow Nobel laureate Liu Xiaobo and he has also expressed dissenting political views in the past. However, in an interview today in Stockholm, he made comments which were widely criticized for showing acceptance of government censorship. He also declined to comment on Liu Xiaobo. His interview today came just as AP released an interview with Liu’s wife Liu Xia, which showed her emotionally describing her own persecution in the wake of her husband’s imprisonment and Nobel Peace Prize.

This cartoon refers to previous comments by Mo Yan in which he said, “This is an era when one can speak freely.” While his remarks were aimed at his critics’ right to express themselves, some observers interpreted them as his own acceptance of China’s restricted media environment.  The empty chair in the image alludes to Liu Xiaobo, who was unable to attend his Nobel awards ceremony in 2010. 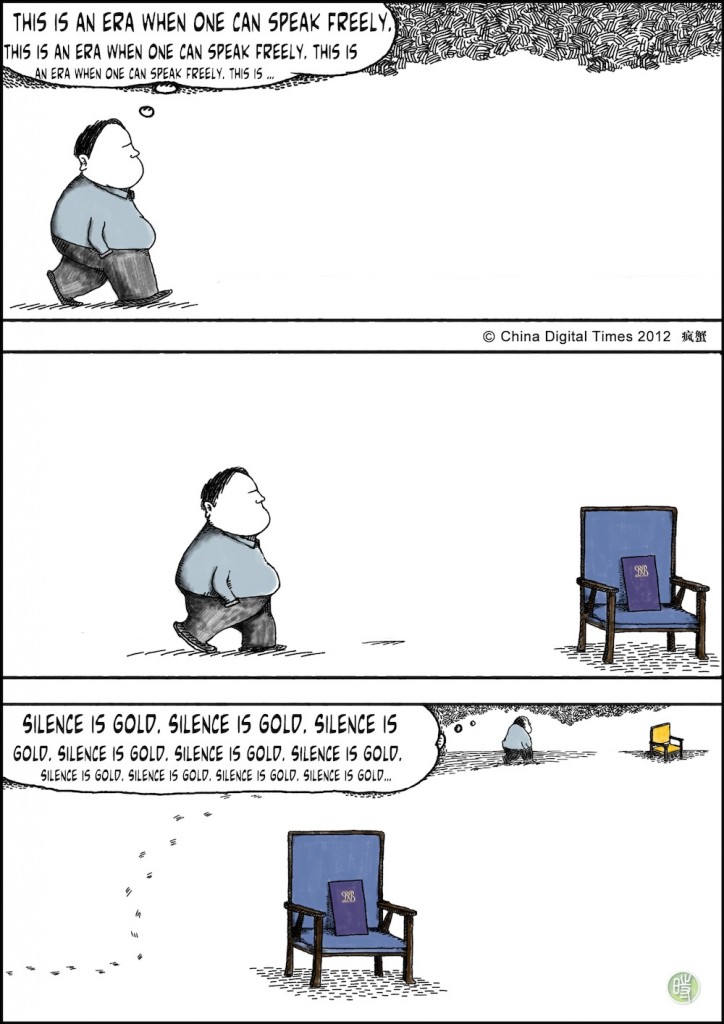