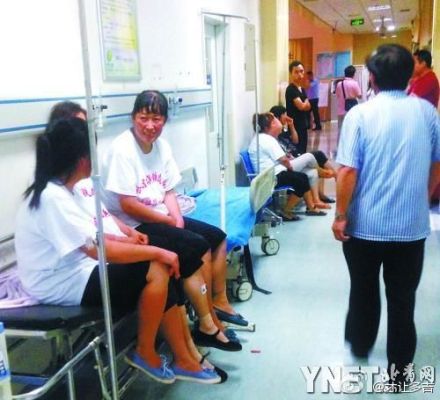 The South China Morning Post reports on a group of petitioners in Beijing who apparently attempted a mass suicide bid earlier this week:

A group of at least 10 people drank pesticide on a street in Beijing in what appeared to be a suicide pact on Tuesday morning, but it was unclear whether anyone died, local media reported.

The incident occurred near the Beijing West Railway Station – a major transport hub in the capital – and some of the participants wore white T-shirts with red Chinese characters that said “Harbin Railway Bureau”, the Beijing Youth Daily reported.

[…]The Beijing News reported online the group had been petitioning the China Railway Corporation prior to drinking the pesticide, but it was unclear what their concerns were. The report was later removed from the site.

Police cars and ambulances soon arrived at the scene, and the 10 were taken to two nearby hospitals, according to the Youth Daily. Their conditions were not known, and a staff member at Fuxing Hospital said only some patients had been admitted after taking pesticide. [Source]

Coverage from the Global Times shines a bit more light on the number of petitioners and their grievances, and notes that those released from the hospital have been detained:

Twenty-one petitioners from Northeast China’s Heilongjiang Province tried to commit group suicide in Beijing on Tuesday after their petition for Harbin Railway Bureau to provide the jobs it had promised for their children fell on deaf ears.

[…]All nine petitioners in the Fuxing hospital were released on Tuesday afternoon after treatment, a press officer from the hospital confirmed with the Global Times. It is unknown how many petitioners remain in the General Hospital of the Ministry of Water Resources, as the hospital declined to comment.

The released petitioners have been detained. Han Meiying, one of the pesticide drinkers, told Luo Jingyun, a Beijing-based reporter, that they were transferred to a detention center in the city’s Haidian district on Wednesday afternoon and will stay there for at least five days.

Han confirmed to Luo that the Harbin Railway Bureau promised to help the employees’ children land jobs inside the railway bureau if the children agreed to serve in the army first. The bureau later broke their promise and ignored them even after they petitioned repeatedly. [Source]

Also see a roundup of English- and Chinese-language coverage of the group suicide attempt from Fei Chang Dao which notes that much of the original coverage has since been deleted, and the event led to some blocked search terms on Sina Weibo.