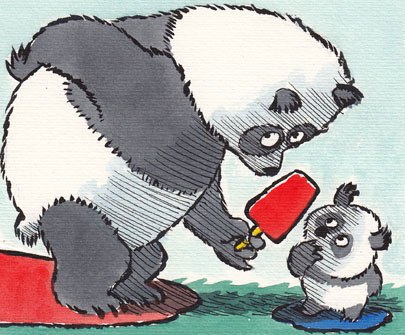 The Diplomat’s J. Michael Cole writes that China may be able to use its “immense investment power” to achieve reunification with Taiwan without firing a single missile:

According to the Investment Commission under Taiwan’s Ministry of Economic Affairs, 11 investors from the U.S., Canada, and South Korea are currently in Taiwan on multiple-entry visas. Given the political pressure for Chinese investment in Taiwan and the preferential thresholds offered to Chinese investors, it won’t be long before Chinese transcend that number.

It’s worth noting that cross-strait investment liberalization occurs at a time when Taiwan has lost some of its luster as a Foreign Direct Investment destination, which adds pressure on the local sector to open up to China in times of economic stagnation. 2011 was the first time in four decades that Taiwan registered a negative inflow of FDI.

Beyond Taiwan’s oft-mentioned growing economic reliance on China is the recent phenomenon of Chinese investors acquiring stakes — including controlling ones — in Taiwanese firms. This raises the possibility that Chinese investors and managers will seek to use their positions to influence subordinates’ attitudes towards cross-Strait relations. Even if they did not, Taiwanese workers at Chinese companies might be hesitant to express their support for a political party that opposes unification for fear of hurting their career prospects. Like the 2 million or so Taiwanese working in China, over time such workers would also naturally tend to favor political parties that support closer relations with China as strained ties could hurt their economic livelihoods. [Source]