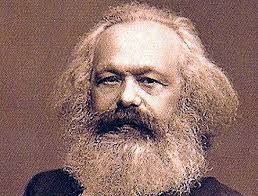 The South China Morning Post reports that all members of China’s press corps will soon be required to attend classes on Marxism:

China has ordered its entire press corps back to school in an effort to shore up ideological unity. The nation’s 307,000 reporters, producers and editors will soon have to sit through at least two days of Marxism classes, the Communist Party’s Propaganda Department has announced along with the press association and the state press regulator.

[…]Marxism classes are scheduled to begin this month in main provincial publications and then spread to minor publications. Until next February, central government monitors’ will inspect the programme’s progress.

Journalists have reacted with muted apathy to the announcement made by Xinhua on Tuesday. “I’ve studied Marxism for so many years, the more I study it, the less I understand it,” was a Beijing-based journalist’s reaction. “Speechless,” Lv Minghe, an investigative reporter with Southern Weekly commented in a Sina Weibo post. [Source]

This new demand comes just after an internal document discouraging subversion within the Party spread online, and as the Xi administration is going to great lengths to crackdown on journalists, civil society members, and their legal representatives. Also see “Xi Embraces Mao as He Tightens Grip on Country,” via CDT.