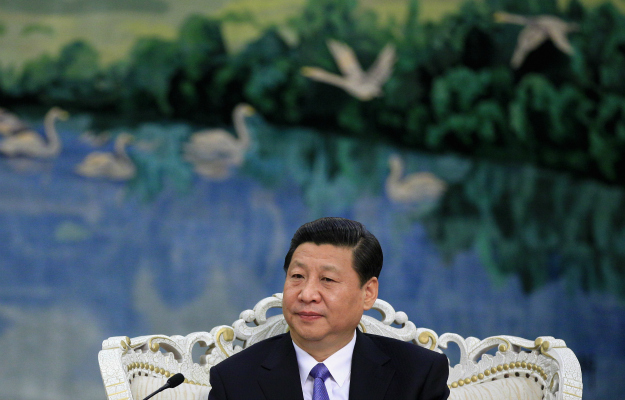 The tightening grip of China’s new leadership was further put on display by the recent revelation of Document No. 9, an internal CCP document warning cadres against embracing political liberalism. Amid this crackdown on “subversive currents,” many citizens have recently been detained, including a number of media professionals. After disappearing in May, documentary filmmaker Du Bin was held for five weeks. Earlier this month, both veteran journalist Xiao Shu and Caixin Media reporter Chen Baocheng were also detained. A report from TIME looks at the reasons that media professionals are being targeted, noting that it isn’t only the liberal-minded who are being detained:

[…T]he country’s burgeoning civil-society movement is the catalyst, explains Du Bin, a journalist who has himself been in detention and was only recently released. “With the help of Weibo,” he says, “people are getting more opportunity to learn what is happening around them, they are more actively voicing their views and protecting their civil rights, and that’s why more and more people are colliding with the government.” Journalists, perhaps unsurprisingly, are in the forefront of those confrontations.

[…]It isn’t just liberal journalists who are being detained. On Aug. 7, Song Yangbiao, a weekly current-affairs journalist and supporter of Bo Xilai, was held in custody by Beijing police after he called on citizens to gate-crash the trial of the disgraced Chinese politician. Song, a famously obstinate Maoist (who once said the only mistake Mao Zedong made was to be “too lenient” toward right-wingers and liberals), was charged with “provoking trouble and picking quarrels.”

“The Chinese government thinks it has given its subjects enough freedom, however it has not realized that … people expect more civil rights and liberties. People’s expectation of civil rights has outpaced what the government can tolerate, that is why many people, especially journalists, feel they are being suppressed by the government,” says Du. [Source]

The Telegraph’s Malcolm Moore has more on the Xi administration’s moves to tighten control, noting that those providing legal representation to government critics have also become primary targets:

Six months after Xi Jinping became president, he has confounded hopes that he might tread a more liberal path.

Instead, his administration has cast China in the middle of an existential battle against seven “Western” dangers including universal values, press freedom, civil society and judicial independence.

[…]In one sign of Mr Xi’s determination to quash all debate, China’s vast and well-funded security apparatus has been encouraged not only to arrest all government critics but also to harass and in some cases assault their lawyers.

In July at least 44 lawyers were obstructed, detained or beaten up while trying to represent their clients, according to records compiled by the lawyers and seen by the Telegraph.

[…]China’s liberals began to hope that Mr Xi would represent a force for change last December, when he announced that the “authority of the Constitution and the law” must be “firmly established throughout society”.

Instead, his administration appears to have performed a volte-face. [Source]