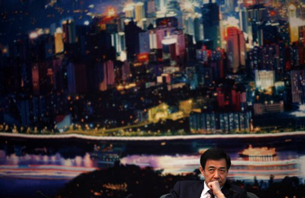 Asahi Shimbun’s Nozomi Hayashi reports that both supporters and critics of fallen Chongqing Party chief Bo Xilai face pressure as his trial looms. Chongqing civil servant and Bo critic Fang Hong has been detained since July 30th, while journalist and supporter Song Yangbiao was also held for over a week before being released on Monday.

When Bo was indicted on July 25 in Jinan, Shandong province, Fang submitted a request with his superior seeking time off work because he wanted to personally follow the outcome of Bo’s trial.

Local police got wind of that request.

In a telephone interview with The Asahi Shimbun, Fang said the police told him, “You cannot leave here until the trial is over.”

[…] According to a Hong Kong paper, fliers have been posted in Jinan that state, “Do not allow Qin Hui to try Yue Fei.”

Yue Fei is a patriotic general of the 12th century who is well-known in Chinese history. Qin Hui is widely regarded as a traitor for persecuting Yue Fei. [Source]

Probably stronger historical precedents exist for ongoing efforts to blame Bo’s wife, Gu Kailai, for his downfall. The latest such accusations come from Bo’s own siblings, according to Keith Zhai at South China Morning Post:

One of the sources is friends with Bo’s younger brother, Bo Xicheng, and sister, Bo Xiaoying, and said both have complained about Gu.

“They blamed the disgrace of Bo on his failed marriage with Gu,” said the source, who has been close to the Bo family for decades.

“They see their brother as an aspiring politician who was seduced by his greedy wife.”

The person added that Gu had alienated Bo Xilai from his family members. [Source]

@pjmooney @SCMP_News Like blaming all of Mao's misdeeds on Jiang Qing. Maoist redemption for a faux Maoist.

According to a Radio France Internationale report cited by Want China Times, Bo’s rebellion at the possibility that Gu might testify is the latest development holding up the trial. His rumored refusal to cooperate has been said to have delayed proceedings in the past.

According to RFI’s source, the reason there has been such a lengthy delay between the trial’s announcement and its commencement is because Bo has steadfastly refused that his wife Gu Kailai be allowed to appear in court to testify against him. Gu is currently serving a suspended death sentence — typically commuted to life imprisonment after two years — for the murder of British businessman Neil Heywood.

If Gu appears at the trial, Bo will immediately stop cooperating and will announce a divorce, the source said. [Source]

Foreign Policy’s Isaac Stone Fish looked to past high-profile political trials to see what form Bo’s defiance might take, from Chen Xitong’s alleged declaration that if he was executed, the rest of the Party elite should be buried alongside him, to Jiang Qing calling a female judge a bitch in court.

[… T]he removal and sentencing of top Chinese officials have been messy affairs, featuring surprisingly rebellious performances from the defendants. Since the death of Mao Zedong in 1976, the Communist Party has only tried three officials who held power and influence comparable to Bo, and none of them marched gently into that good night.

[…] Bo probably won’t act out at his trial: He still has more left to lose than Jiang did, including family in China and overseas whom he could protect by staying quiet. Indeed, the top Chinese officials planning Bo’s trial want to keep the spotlight firmly directed towards the defendant, and not the accusers. Nothing undermines a show trial more than peeling away the curtain, as when Jiang turned towards her former comrades-in-arms and shouted, “If I am guilty, how about you all!” [Source]

An echo from another major trial in the Bo saga sounded this week with dozens of official reassignments and removals in Chengdu. Among those removed from their posts without official explanation is Zhong Erpu, presiding judge at last year’s trial of Bo’s former police chief and right-hand man Wang Lijun. Zhong himself claims that he has simply reached retirement age, though he is not yet 50; others speculate that he may have committed some error in Wang’s trial, or have been implicated in the corruption case against Sichuan’s former deputy Party chief Li Chuncheng.

See more on the looming trial from Peter Ford at Christian Science Monitor, and from CDT.