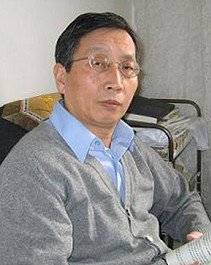 Dissident writer Hu Ping comments on the importance and power of humor in today’s political environment in China. Translated by China Change:

Seemingly frivolous, laughter actually derives from a deep and serious emotion: pride (Montesquieu and Baudelaire have both pointed this out). Laughter allows us to place ourselves above the things that we laugh at. If you laugh at someone, it shows you are wiser than that person, at least in some aspect. We often see city dwellers making fun of country folk, locals making fun of outsiders, healthy people making fun of cripples, men making fun of women, etc. Thus, fear of people laughing at you is a fear of people looking down on you and belittling you. In some television programs, the content itself is not funny, it is humorous only because the actors use a dialect. This demonstrates the notion that Mandarin is superior to dialects.

It is precisely because laughter shows our pride, shows that we are better than others, that some jokes, despite being funny, can appear to be harsh, unkind, and snobbish. It is easy to poke fun at poor people, country bumpkins, or the handicapped, but doing so can also invite people’s disgust.

There is only one kind of joke that does not have this problem, that is, jokes directed at power. Because power looms high above the masses, because where there is power there is inequality, laughter is needed to balance things out. By making fun of power, people claim their sense of equality. Thus, ridiculing power almost has a natural legitimacy to it. In democratic nations, political jokes always mock big, powerful figures. The jokes aimed at authoritarian power, needless to say, are even more legitimate. Authoritarian power is not chosen by us but forced on us by dictators. Dictators need to sing their own praises and put feathers in their own caps (as in “great, glorious, and correct,” “vanguard,” or “three represents”) in order to show that they have the qualifications to rule us. Ridiculing authoritarian power is to strip it of the moral gilding it wraps itself in, and to deny that that power has the qualifications to rule us. As such, ridicule constitutes a challenge to power. Mocking authoritarian power is rejecting its legitimacy, defending our dignity, and, to some degree, beckoning democracy. [Source]