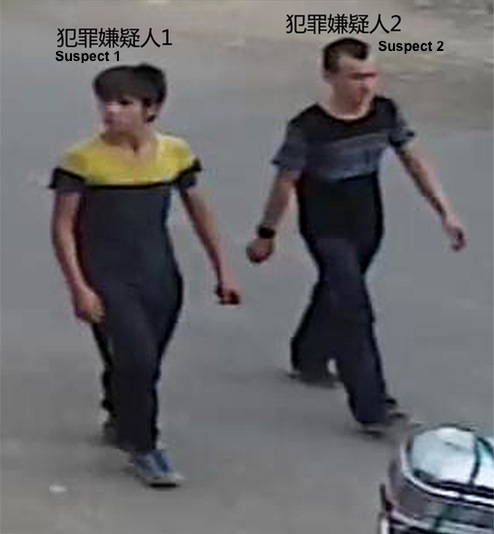 The following reward notice from the Xinjiang Public Security Office was posted to the website Tianshannet on August 16:

At 10 p.m. on August 15, 2013, at least one person was murdered in Al Township, Turpan, Xinjiang Province. According to investigation and eyewitness accounts, the suspects appear as follows:

Suspect 2: Male, speaks Uyghur, about 20 years old. Approximately 1.7 m (5.6 ft) tall, thin build, high hairline on either side of the temples. Wearing a black and gray round-collared short-sleeved T-shirt at the time of the crime: light gray lines across chest and sleeves. Also wearing dark pants and black ornament on the right wrist.

Attached: Photo of the two suspects 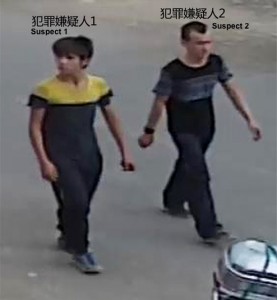