“What Would You Tell Your Daughter, Mr. Xi?” 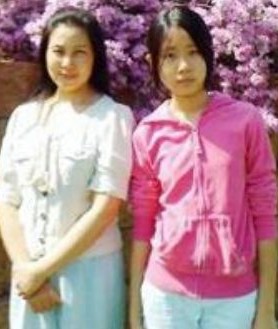 Zhang Qing, the wife of recently detained New Citizens’ movement activist and writer Yang Maodong (also known as Guo Feixiong), has published an open letter to President Xi Jinping titled: “What would you tell your daughter, Mr. Xi?”  The letter calls on the international community to pay attention to her husband’s situation and pleas for his immediate release.  David Bandurski has translated her letter via China Media Project:

But then, suddenly, the crackdown comes again, and we are thrown right back down into despair. On August 17, my daughter learned before I did that Guo Feixiong had been secretly detained in Guangzhou on August 8. She said to me: “The instant I saw the news, a feeling of cold spread through my whole body, and my head felt dizzy. I could hardly get hold of myself. I wanted to cry. To shout: ‘Taken again? But he’s been out no more than a few days!’” Mr. Xi Jinping, you too have a daughter. Tell me, in a situation like this, how should I console my daughter?

I am proud of my husband. He is a tolerant, humane, responsible and compassionate man, an idealist, someone who struggles tirelessly. Our whole family respects and loves him. In 2008, when he was still in Meizhou Prison (梅州监狱), my daughter wrote him a letter, and she drew a caricature of him. She wrote on the picture: “I am a hero.” Her father was great, she said. He had suffered so much for his beliefs, and through it all he had kept his piece of mind. I truly admire him. He would never commit a crime, and it’s not possible that he’s a criminal. On the contrary, it’s those who have gone out of their way to brand innocent citizens as criminals who are the true criminals.

Mr. Xi Jinping, this open letter I’m writing today is the ninth open letter I’ve written to the senior leaders of our country. All of the letters before were just stones dropped into the sea. Will this letter be any different? I don’t dare hope. But regardless of the result, I will not give up striving. In want to use this letter to let the whole world know my inner feelings, to pray for the peace of my husband.[Source]

Zhang Qing and her children received political asylum in the US after escaping to Thailand in 2009.