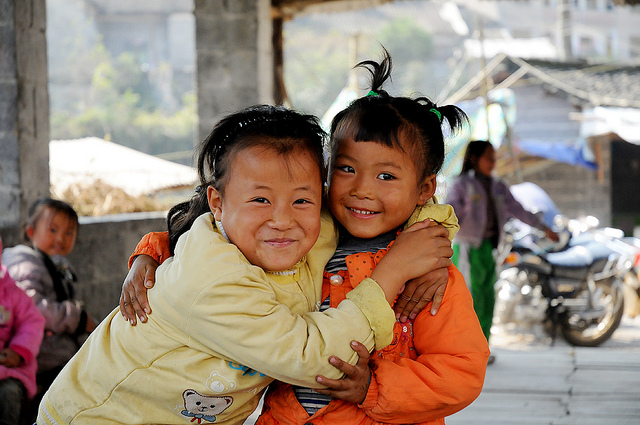 Amid ongoing discussion of reform to China’s controversial one-child policy, Tea Leaf Nation reports on the substantial revenues provincial governments take in while enforcing a population control strategy that has long attracted criticism from human rights groups and demographers:

When debating China’s one-child policy, China’s domestic media and observers overseas mostly focus on its impact on the population structure or incidences of inhumanity involved in the implementation of the policy (such as forced abortion). Almost unmentioned is the fact that the government is profiting fiscally from the policy by collecting so-called “social support fees [社会抚养费].”

[…F]or a long time, the fee has been collected and spent in opacity, without even a hint as to how revenues generated from it are allocated in most local governments’ annual budgetary reports. On July 11, 2013, Youshui Wu, a lawyer from Zhejiang Province, tackled this issue by submitting applications to the family planning commissions and treasury bureaus of 31 provincial-level political authorities, requesting the reports of how the money was levied and spent in 2012.

By August 31, 17 provinces had responded with information on the amount of money collected in social support fees in 2012, yet none explained how the money was spent. The fees levied in the 17 provinces totaled 16.5 billion RMB (about $2.7 billion USD). Jiangxi Province topped the list with 3.39 billion RMB (about $550 million USD), which was 1.65% of total fiscal revenues of the governments of all levels in the province.  The figures, though still unreliable, confirmed that the revenues generated from this fee play a more-than-trivial role in the fiscal workings of local governments. [Source]

According to the State Council, social support fees are intended to offset the government spending and resource consumption associated with additional children, but the provincial reports failed to provide information on how the money had been spent. Wu Youshi, the lawyer who requested the reports, thinks that most of the money is not allocated according to the State Council’s definition. From Reuters:

Wu Youshui, based in the eastern province of Zhejiang, said he asked for information about fines imposed in 2012 because he believed the system “faced unquestioned abuse of power and corruption”.

[…]The “social support fee” – the fine – is meant to go towards the government budget to compensate for resources and public services the child would use.

“As far as I can tell, no county in China uses the fines that way,” Wu said. “A lot of the money is given back to the local family planning commission and rewarded to officials who collected it.”

Officials at the National Health and Family Planning Commission could not be reached for comment. [Source]

The Economic Observer looks at both sides of the reform debate, noting that while a loss of government revenue is a major cause for resistance, it is not the only one:

Cheng Enfu (程恩富), the head of the Marxism Research Institute at the Chinese Academy of Social Sciences, believes that China should adopt an even stricter One-Child Policy. He said that China’s population development and policy design is at a crossroads. Though the aging population is an issue, relaxing family planning policies isn’t a desirable solution. He hopes China’s total population can be gradually reduced to 500 million. He admits though that not many others agree with him.

Sociology Professor Lu Jiehua (陆杰华), a population expert from Peking University, said that many top leaders are nervous about relaxing family planning policies. “They’re especially considering the per capita GDP,” Lu said. “After the policy is relaxed, there might be a short-term population boom. Officials worry about per-capita GDP being diluted.”

In fact, many have opposed relaxing population policies based on fears that it would cause an immediate “population explosion” that could bring long-term demographic problems. However, pilots in several cities have shown that this probably wouldn’t be the case. Shifting to a Two-Child Policy hasn’t caused immediate “birth booms” in these pilots areas.

[…]However, the greatest resistance to reform is coming from special interests related to family planning.  [Source]

Also see prior CDT coverage of the one-child policy.