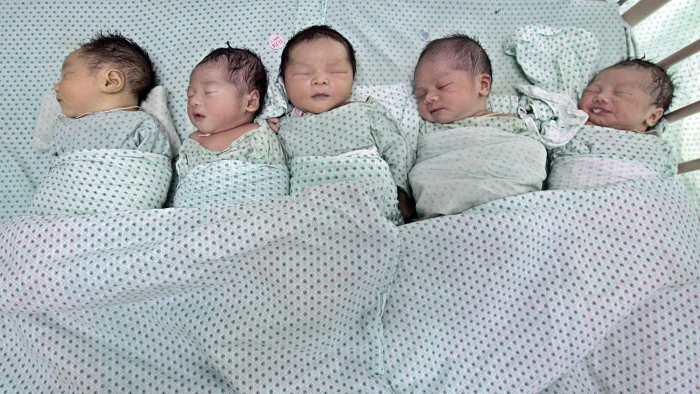 Danone, the French food manufacturer, has been accused of bribing Chinese doctors to provide postpartum mothers with its Dumex brand infant formula. This is the latest investigation in an anti-corruption crackdown which is targeting bribery in the medical industry. From Reuters:

The former Dumex sales manager, cited by CCTV, said that that company gave several hundred thousand yuan in “gifts” to the hospital every year.

CCTV said the man had a document detailing payments to doctors, with their bank card details and amounts paid.

The document, which CCTV said it had seen, showed staff at the hospital had received about 300,000 yuan ($49,000) in total each month from Dumex, with individual payments ranging from several hundred yuan to about 10,000 yuan.

“Dumex China pays great attention to and is extremely shocked by the CCTV report… We will immediately launch an investigation,” Dumex said in a statement passed on by a Danone SA spokeswoman in Paris on Monday. [Source]

Caijing has more on how the payments were allegedly made to hospitals:

According to Dai, to become a “designated” producer of baby formula in the hospital, spending is necessary to sponsor “lectures” in hospitals, in which doctors could be paid for lecturing and nurses and others could be given gift or money in the name of traffic allowances.

Such lectures, voice-over narration said, are typically exchanges held by companies to channel bribes to doctors and nurses in hospitals, according to state-run television.

The doctor also briefed the CCTV reporter that it would also be an appropriate time to channel money to the hospital for “revocation cost” when it opens a new branch. [Source]

Infant formula, especially from foreign brands, has been a booming business in China following a number of incidents of contaminated milk from Chinese manufacturers. Decreasing breast-feeding rates are also helping bolster the industry, as Quartz reports:

Breastfeeding competes directly with what’s now a huge business in China. On track to hit $9 billion this year, China’s infant formula market is projected to grow to $13 billion by 2015. At the same time, China’s rates of breastfeeding have plummeted since the 1970s, when infant formula first hit the market. While 58% of Chinese newborns are exclusively breast-fed, that percentage is just 14% after five months, compared with 38% globally. By month six it’s dropped to 2% (pdf, p.3); by comparison, 16% of American babies are still exclusively breast-fed at six months. The State Council wants to up that rate to 50% by 2020. Moreover, the government’s recent crackdown on GlaxoSmithKline and other foreign pharmaceutical companies has shed light on a system of kickbacks rampant in Chinese hospitals.

Kickbacks or no kickbacks, the growth in the use of formula in emerging markets is in no small part because of aggressive marketing by infant formula companies. [Source]

A number of other pharmaceutical companies, both Chinese and foreign, have also been targeted for investigations for bribery and price-fixing, most recently Novartis, Bayer, and Sino Biopharmaceutical Ltd. Reuters reports on the investigation into the latter:

Hong Kong-listed Sino Biopharmaceutical is the second Chinese firm to come under the spotlight this week, underlining that domestic companies are not immune to a recently launched drive against corruption in the sector.

Read more about the ongoing investigation into GlaxoSmithKline, the British pharmaceutical company, for bribery.