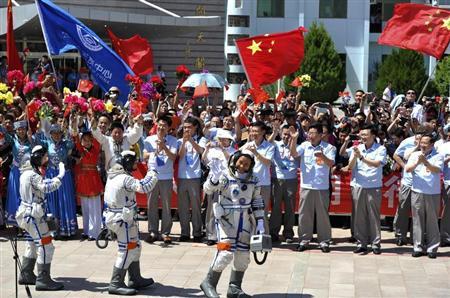 According to Xinhua News Agency, China announced its plans on Monday to train foreign astronauts to work alongside their Chinese counterparts. Reuters reports:

“Cooperation should be either bilateral or multilateral, with diversified and flexible models based on peace and a win-win cooperation,” he said.

The move will happen “at a proper time”, Wang told an international seminar in Beijing. Xinhua gave no other details.

[…] It is already working with Russia in the field of astronaut training, has a cooperative relationship with the European Space Agency and has begun talking to its opposite numbers in the United States, Wang added.

Beijing insists its space program is for peaceful purposes, but the U.S. Defense Department has highlighted China’s increasing space capabilities and said Beijing is pursuing a variety of activities aimed at preventing its adversaries from using space-based assets during a crisis. [Source]