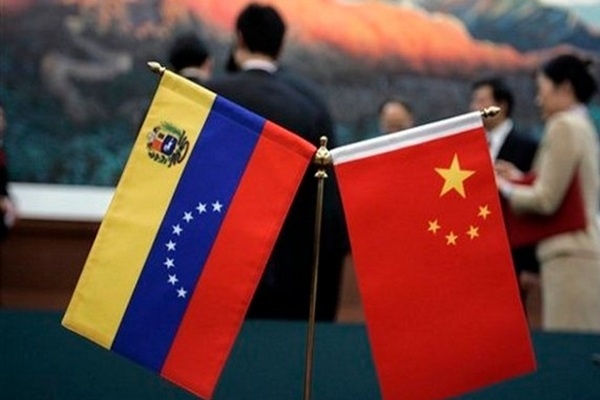 Ahead of President Nicolás Maduro’s state visit to Beijing on Saturday, The Wall Street Journal’s Kejal Vyas reports that Venezuelan officials have secured a bounty of investment deals with China this week, including a $14 billion deal with CNPC to develop a new oilfield:

Venezuela is looking to fortify relations with its Asian ally, which over the last several years has granted the South American country around $40 billion in loans. In exchange, China receives 600,000 barrels of oil a day and access to Venezuela’s vast natural resources, whose development still requires massive investment.

The state visit will be Mr. Maduro’s first since taking office in April, following the death of charismatic leader Hugo Chávez. Relations between China and Venezuela broadly strengthened during Mr. Maduro’s almost seven years as foreign minister in the Chávez administration.

Venezuela’s Oil Minister Rafael Ramírez, who is among those leading the Venezuelan delegation seeking to secure investments for the country’s mining and energy sectors, said in a message posted on his Twitter account on Wednesday that the new deal with CNPC will go toward the Junín 10 bloc, set to produce 220,000 barrels a day. [Source]

The Venezuelan petroleum minister also said Sinopec would help state-owned oil company PDVSA to develop a separate bloc in the Junin oil field, according to Reuters. The Diplomat’s Zachary Keck writes that Maduro “played an integral role in facilitating the expansion of ties with China” during his time as foreign minister, developing close ties with Chinese officials and laying the groundwork for the recent agreements:

Some initially believed Maduro would seek to improve Venezuela’s ties with the U.S., which had been badly strained during Chávez’s tenure as president. These expectations appear to have been misplaced as the two countries have maintained frosty relations under Maduro’s presidency.

The US$28 billion in oil deals seems to cement Maduro’s intent to continue Chávez’s legacy of courting China as a way to counterbalance U.S. influence in the Latin American country. Under Chávez Sino-Venezuelan ties blossomed.