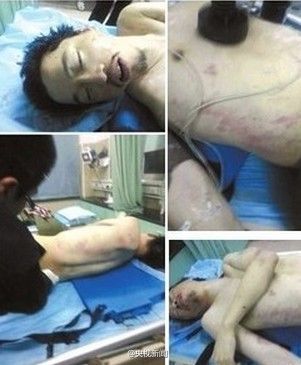 The six men charged in the April drowning death of state-owned enterprise employee Yu Qiyi will stand trial on Tuesday, according to Reuters, which reports that they will face the death penalty:

Yu had spent 38 days under “shuanggui”, a form of extra-legal detention imposed on party officials being investigated for disciplinary violations.

“I believe that these egregious cases in which officials who have been under ‘shuanggui’ have died rarely enter the judicial process,” said Pu Zhiqiang, a lawyer representing Yu’s family.

Reuters was not immediately able to locate lawyers for the six accused. Neither the government nor the party has publicly given an account of what happened. The story has received limited coverage in state-run media.

It is not precisely clear why Yu was being investigated, according to his family’s lawyers. Si Weijiang, a second lawyer for the family, said it was possibly because of improprieties related to a land deal. [Source]