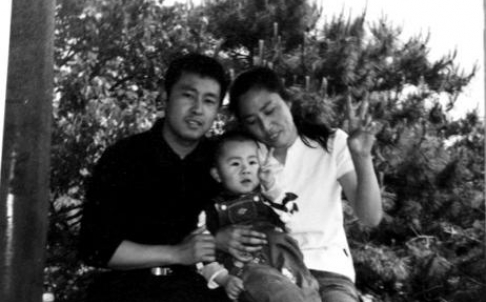 Closing out a case that has inspired widespread anger online, authorities in Shenyang executed street vendor Xia Junfeng, who was convicted of killing two chengguan, or urban management, officials. From the South China Morning Post:

The news was followed by Xia’s wife expressing her grief and his attorney’s strong opposition, inspiring widespread online sympathy and debate over the sentence.

Xia was an unlicensed street vendor from Shenyang who peddled meat skewers. In May 2009, he was roughed up and taken away by chengguan, or city management officers for an interrogation. In a chengguan office’s interrogation room, he stabbed two officers to death before fleeing the scene.

Xia and his attorney argued he was acting in self-defence, claiming the two officers assaulted him first during the interrogation, although the statement was rebuffed by other chengguan officials. Police said there was no other eyewitness to the incident in the interrogation room. [Source]

Without exaggeration, sentencing to death a citizen who was only defending himself will have disastrous repercussions for the whole society since it would embolden the attackers and intimidate those who resist unlawful violence. While evil-doers are encouraged, victims will be harmed the second time by the court after sustaining harm first from violent crimes. The act of self-defense in the face of unlawful harm is not only a virtue but an instinct. But instead of being protected and praised, if such an act is condemned with a sentence of death, then today’s verdict will hurt not only Xia Junfeng’s legal rights, but also the dignity of the law itself, social ethics, and the citizens’ sense of right and wrong. [Source]

On Wednesday, Xia’s name was the most searched term on Sina Weibo. Much of the online anger over the case centered around the fact that the media was notified of his death sentence before Xia’s family. China Change translates some weibo comments:

@wentommy: Neither the relatives nor the lawyers have received the news of the fall execution, but the news rooms did. This is an ethical tragedy, a legal tragedy. On top of that, it forces the media to bear the shame.

@tufuwugan: A quick briefing about me verifying Xia Junfeng’s execution: media have indeed received notice. This source of information has been confirmed. That’s why a lot of media outlets and journalists came out tonight to express their feelings and concerns. Though they don’t know exactly what the outcome will be, it’s clear that it’s going to be very bad. I also spoke to Zhang Jing [Xia Junfeng’s wife]. She also received the bad news from reliable sources. But she has not received any formal notice. If the outcome turns out to be a good one, I am willing to assume legal responsibility for spreading rumors! [Source]

Netizens also immediately looked at the parallels between the murder case of Gu Kailai, wife of imprisoned Chongqing party leader Bo Xilai, and Xia’s case. Gu was handed a suspended death sentence for the murder of British businessman Neil Heywood, and will likely escape execution. From the Wall Street Journal’s China Real Time:

The news comes amid renewed attention to a murder at the center of the government’s case against the downed Mr. Bo, who was sentenced to life in prison Sunday for corruption and abuse of power. He had acted illegally, as Communist Party Secretary of Chongqing, in handling a finding that his wife in late 2011 had killed a British associate, Neil Heywood. Ms. Gu had argued she feared reprisals, perhaps aimed at her family, from Mr. Heywood over a dispute.

Mr. Xia’s case appears to resonate widely in China because so few believe Ms. Gu, who 13 months ago was told of her death sentence, will actually face execution for her crime. Hers was a suspended death sentence, meaning it could be commuted to life in prison.

“Gu Kailai also killed a person, right?” wrote Tian You, a pseudonym for a user on Sina Corp.’s Weibo microblog service. “How come she didn’t get death sentence? Why death for Xia Junfeng?”

Public anger at the chengguan has grown in recent years as they have been accused of using excessive force against vendors, migrants, and others in society. Read more via CDT and in a Human Rights Watch report which documents chengguan abuses.

Update: A directive issued by the Central Propaganda Department to media reporting on Xia’s execution has been leaked online:

The review of the death sentence for Xia Junfeng of Liaoning Province in the case of voluntary manslaughter is complete, and [the execution] will be carried out on September 25. If covering this story, the media must without exception report in accordance with authoritative information issued by the court. Do not comment, link [to other sources], exaggerate, or speculate. (September 24, 2013)