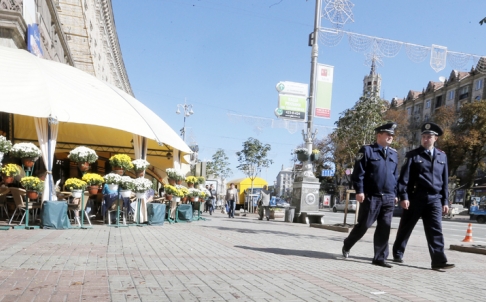 South China Morning Post’s Mandy Zuo reports China’s biggest overseas agricultural investment yet. [Update: the FT reports that no such deal has yet been signed.] Estimated at at least $2.6 billion, the deal will secure preferential access to 9% of Ukraine’s arable farmland, an area roughly the size of Belgium or Massachusetts.

Under the 50-year plan, Ukraine will initially provide China with at least 100,000 hectares – an area almost the size of Hong Kong – of high-quality farmland in the eastern Dnipropetrovsk region, mainly for growing crops and raising pigs.

The produce will be sold to two Chinese state-owned grain conglomerates at preferential prices. The project will eventually expand to three million hectares.

Ding Li, a senior researcher in agriculture at Anbound Consulting in Beijing, said the deal was a big move for China compared with earlier overseas agriculture.

Such deals have often proved contentious, as in the case of a proposed Chinese investment in Australian farmland last year. Similar deals in Africa have also been reported, but Deborah Brautigam wrote at AllAfrica this month that many of these have failed to materialize in reality. As water shortages and pollution undermine China’s ability to feed itself, however, stable long-term arrangements should help dampen the impact of increased Chinese imports on global markets, which may have contributed to unrest in the Middle East in 2011.