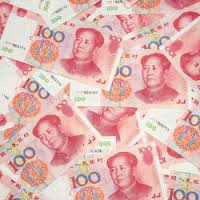 As a rise in short-term interest rates has stoked fears of tightened liquidity, China’s central bank has worked to reassure the market. From Reuters:

China’s central bank sought to reassure money market traders that a spike in short-term interest rates does not signal a dramatic tightening of liquidity, sources said, in an apparent move to avoid a repeat of a credit panic that roiled markets in June.

The People’s Bank of China also warned against “excessive leverage”, or borrowing, that would leave banks overexposed to sudden spikes in demand for cash, said the sources, who attended a closed-door meeting between a PBOC official and traders from major financial institutions late last week.

The government is expected to make plans to liberalize interest rates after the Communist Party’s Third Plenum, to be held next month. From the Wall Street Journal:

[Richard Herd, head of the China desk at the Organization for Economic Co-operation and Development] did not estimate a specific timeframe for the liberalization program but said the central bank, after unveiling a long-awaited prime lending rate last week, might move toward money market rate-targeting at some point.

China announced Tuesday that it would hold its key policy-setting meeting, known as the Communist Party plenum, Nov. 9-12 in Beijing.

The meeting is expected to set out the Chinese leadership’s priorities for the next decade, and observers are watching for possible announcements on measures to rebalance the economy, encourage urbanization and liberalize the financial system.

Minitrue: Use Only Wire Copy to Report on Audits

How Free is the Shanghai Free Trade Zone?