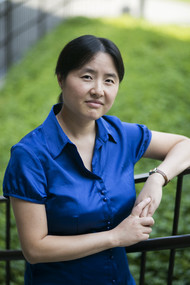 Bloomberg profiles Cao Jing, an economics professor at Tsinghua University who is advocating for a carbon tax to reduce emissions in China:

Her work gained a new urgency after a leadership change this year installed President Xi Jinping, who has promised to combat pollution even at the cost of slowing the economy. Cao’s goal is to develop a tax structure that would curb harmful emissions with the least effect on growth and company profits.

“China is in urgent need of climate policies like a carbon tax to save energy and reduce emissions,” said Cao, an associate professor of economics at Tsinghua University and a consultant for the World Bank. “If they are well designed, there will be no big impact on the economy. If they are poorly designed, they may bring disastrous consequences.”

Cao, also a researcher at Tsinghua National Institute of Fiscal Studies funded by the Ministry of Finance, predicts the government initially will adopt a carbon tax. She says this would have a smaller economic impact — and so is more politically acceptable in China — than the cap-and-trade model adopted in the European Union, where companies buy and sell permits to pollute.

[…] If China started with a tax of 10 yuan ($1.63) a ton of carbon dioxide this year and raised it steadily to about 50 yuan by 2020, carbon emissions could fall by as much as 19 percent, while health and energy benefits would mean the effect on economic growth would be almost zero, she said. [Source]

Read more about a potential carbon tax and emissions standards in China, via CDT.