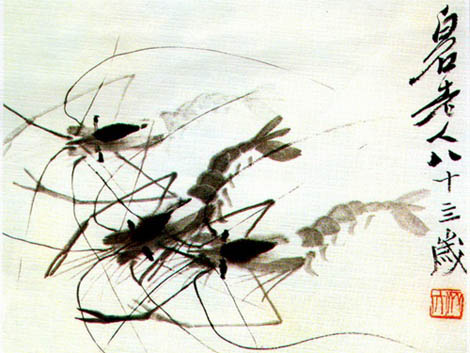 The New York Times has produced a lengthy and in-depth report and digital feature on the culture of forgery in the Chinese art world. As growing wealth in the country is raising the demand for historical cultural treasures, forgeries are now rampant. And the lack of a strong rule of law means that the perpetrators are rarely caught:

“The market is in a very dubious stage,” said Alexander Zacke, an expert in Asian art who runs Auctionata, an international online auction house. “No one will take results in mainland China very seriously.”

Indeed, even as the art world marvels at China’s booming market, a six-month review by The New York Times found that many of the sales — transactions reported to have produced as much as a third of the country’s auction revenue in recent years — did not actually take place.

Just as problematic, the market is flooded with forgeries, often mass-produced, and has become a breeding ground for corruption, as business executives curry favor with officials by bribing them with art.

Fraud is certainly no stranger to the international art world, but experts warn that the market here is particularly vulnerable because, like many industries in China, it has expanded too fast for regulators to keep pace. [Source]

As an interesting side note, the director of a Hebei museum that was discovered to house thousands of forgeries, and which is mentioned in the New York Times piece, has died “of anger”. From the Telegraph:

Wei Yingjun, [the museum’s] chief consultant, told The Telegraph he was “quite positive” that at least 80 of the 40,000 objects on display were genuine.

Mr Wang, who was 68 at the time of his death, attempted to dodge criticism by claiming that “even the gods cannot tell whether the exhibits are fake or not.”

Ultimately, the humiliation appears to have been too much for the elderly museum owner.

On Monday morning, a specialist website called “Chinese Collectors” announced that the “famous collector” and “outstanding entrepreneur” had died of a heart-attack. The website said Mr Wang had left this world “filled with anger and the sense of having been wronged.” [Source]

Read more about the art market in China, via CDT.