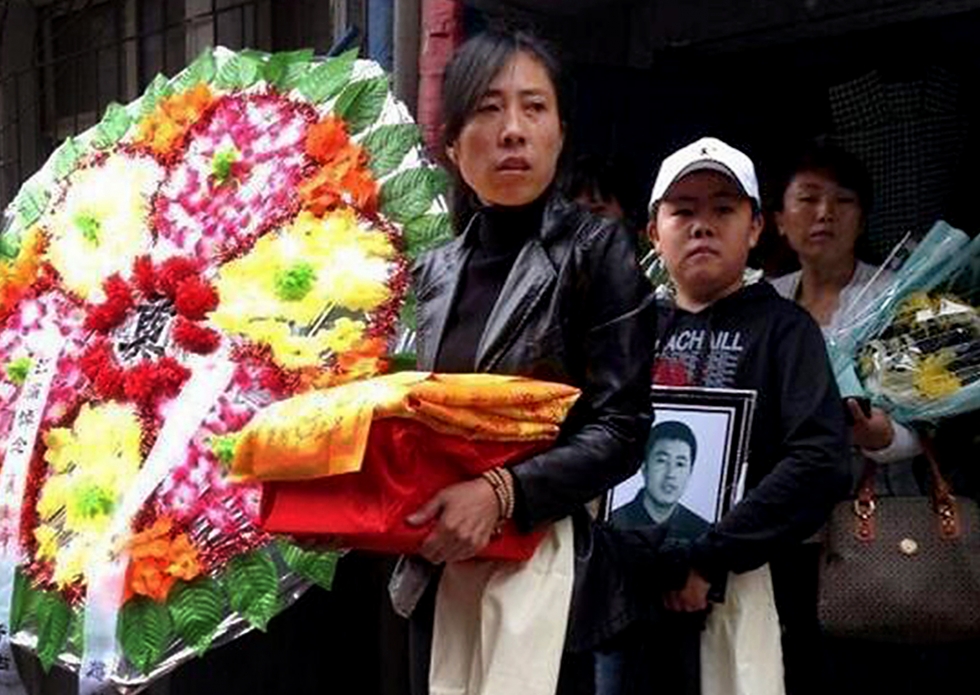 The son of Xia Junfeng, a street vendor who was executed for the murder of chengguan officers, has been accused of plagiarizing a Taiwanese artist’s work. South China Morning Post reports:

The collection of 13-year-old Xia Jianqiang consists of paintings he drew in the past few years depicting his family’s struggles and has provoked widespread public sympathy for his father, Xia Junfeng.

[…] The boy’s paintings have recently drawn suspicion from commentators online who claim they are products of plagiarism. Some pointed out that at least a dozen of the paintings closely resemble those of the famed Taiwanese illustrator Jimmy Liao Fubin, whose works have gained wide popularity among children and adults alike across the strait over the last decade.

In his defensive plea in 2010, Xia’s lawyer Teng Biao, a Beijing-based human rights activist and university lecturer, made a passionate call for the abolishment of the chengguan system. “Do we have to sacrifice justice in our legal system to prop up the evils of the chengguan system and the brutality of the chengguan officers?” he asked. This statement was shared over 5,000 times on Sina Weibo, a highly popular Twitter-like social media platform in China. “#Abolish Chengguan#”trended, with over 145,000 related tweets.

[…] These concerns about “over-hyping” arise from a nexus of law, media, and politics that is complicated in any society, but particularly so in China. Many Chinese believe that public outcry online can alter legal rulings; in May 2012, China’s Supreme People’s Court granted a reprieve to Wu Ying, a woman convicted of financial crimes and sentenced to death by a local court, after criticism spread on the Internet about the punishment being too harsh. Web users took credit for the reprieve, and they may have been right; China’s legal system reports to the ruling Communist Party, and the party weighs practical (that is, extra-legal) considerations, including public sentiment, when directing a ruling.

The use of public opinion as a sort of invisible legal adjunct has side effects. It means that zealous lawyers will play to the court of public opinion if they think it will help their client. But the tactic can backfire professionally if a lawyer seems more interested in crusading for change — or worse, mugging for the cameras — than winning the case. It also provides cover for lawyers who may in fact be publicity hounds, but can claim they are just doing their jobs. [Source]